After running around for weeks on end, I’d planned our time in Vietnam for recharging. We spent almost an entire week in ONE city (town? village?) at the same hotel, and were happily able to slow down. We even spent a few days just lazing around our hotel rather than sightseeing – very out of character!

Hoi An is an UNESCO World Heritage Site. The Old Town doesn’t allow cars and was one of the most romantic places I’ve ever been. It’s not as crazy as a lot of the other major cities in Vietnam, so although we stayed a bit out of the Old Town and we thought the motorbikes and cars were scary, we were still able to bike around to get where we wanted. We were even able to bike around the Old Town during the day, although at night the lanterns come out and crowds become almost unbearable so it becomes walking-only again. 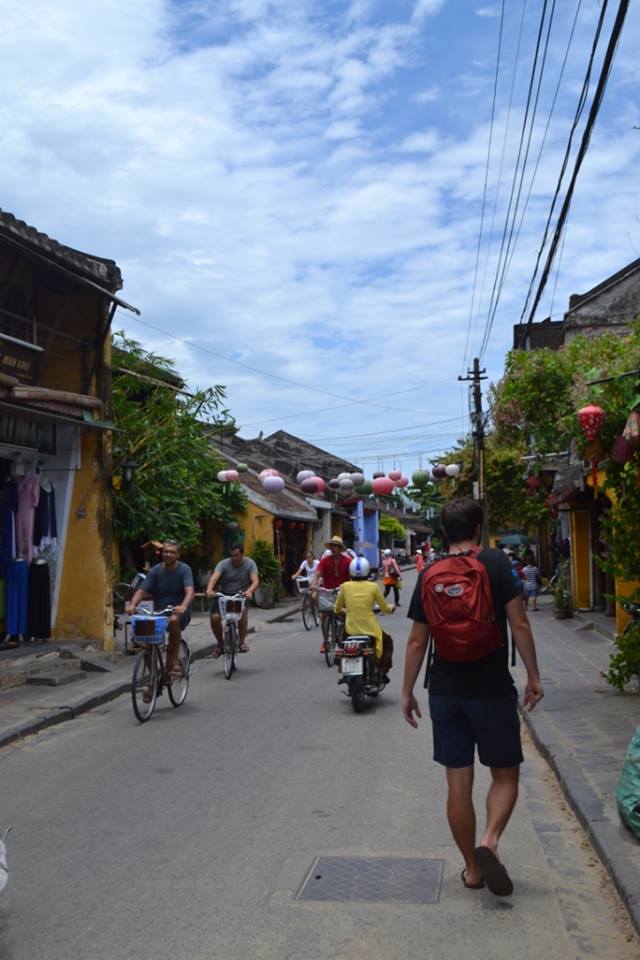 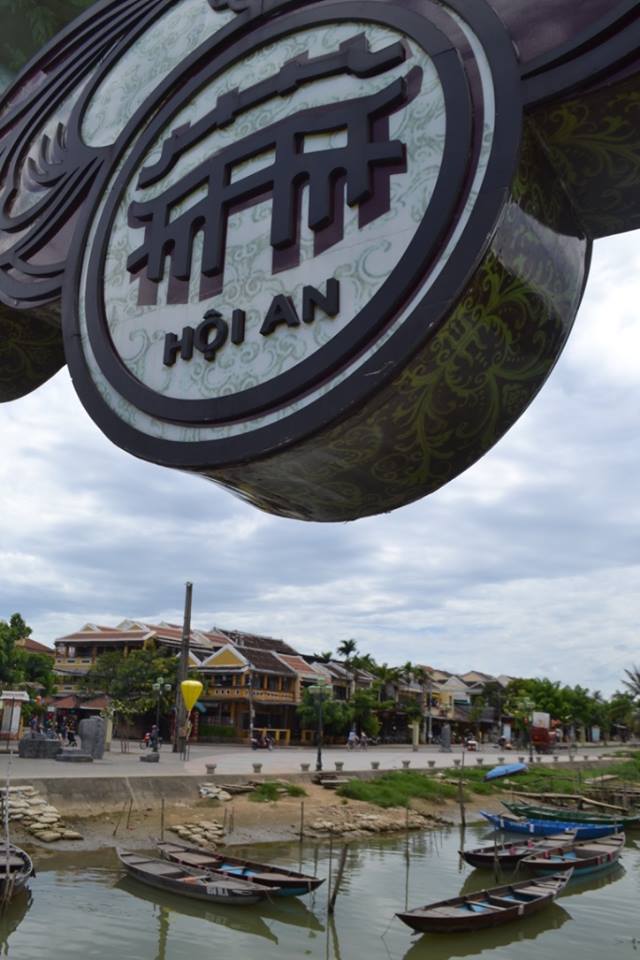 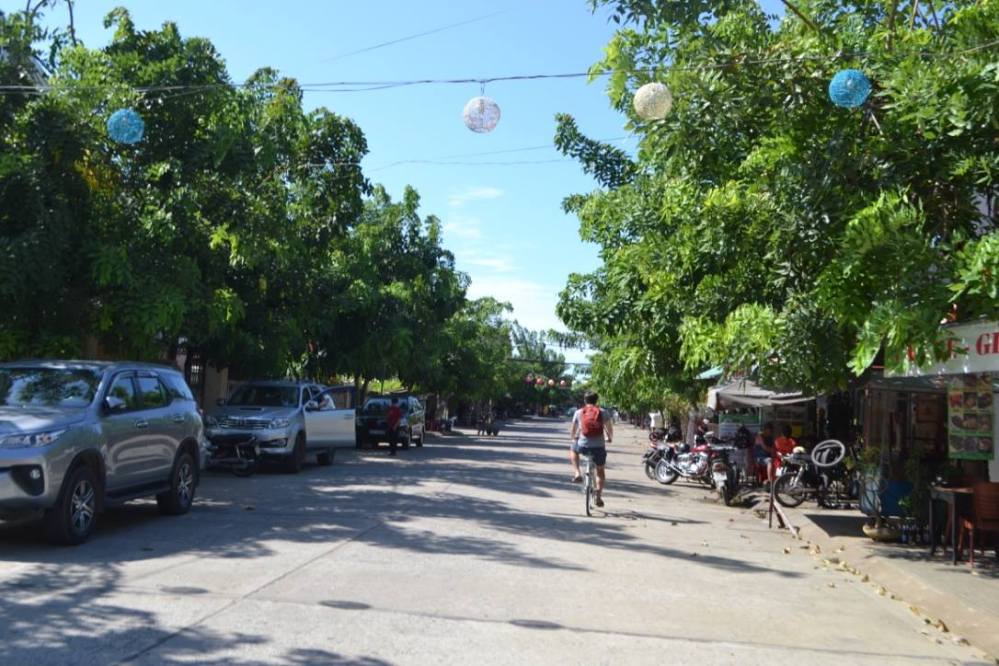 We stayed at Venus Spa & Hotel. While the rooms were a bit small, we enjoyed the delicious Vietnamese breakfasts every morning, the ample air conditioning, the pool, and the bikes to explore the city with! They even had HBO so I could keep up with Game of Thrones…! And the entire hotel bill came to only $70 USD for the entire week. Most of the major “attractions” are within the Old Town itself, such as the Japanese Covered Bridge etc. The five main attractions require a very cheap ticket for tourists to enter and can be covered in one day. We took our time and revisited the Old Town multiple times since it was so close, and we didn’t do a lot of the Vespa exploring that a lot of tourists partake in. We could’ve easily spent a weekend in Hoi An and been satisfied, but since it was one of the cheapest places on our trip we decided to stay longer and enjoy/recharge ourselves. When it wasn’t stifling hot, it was monsooning, so we were glad to not be too bummed when we were “stuck” inside!

My stomach had been acting up a tiny bit (not too much, thanks to always eating the country’s yogurt before eating anything from restaurants) so we didn’t take our chances at too many street carts outside of the Ancient City. One day I was really craving Bahn Mi and so found an old lady selling them on our way back to our hotel, and bought a delicious sandwich for only 25 cents (apparently she charged me more than she charges locals). I was worried I would get slightly ill, but I never did (and, coincidentally, throughout our entire SE trip we never got truly sick, even though I came prepared and brought a bunch of medicine!!) We did eat Bahn Mi many days since they were so cheap and delicious, and we tried all the best rated Bahn Mi’s in town. Our favorite was Bahn Mi My Queen. Since it was so popular, the sandwiches were around $1.00 instead of a few cents, but they were worth it. I was also a fan of the white rose dumplings that seem to be a local specialty. We didn’t have much pho, since it was the heat of the summer (over 110 degrees most days) and apparently Ho Chi Minh is better known for it! 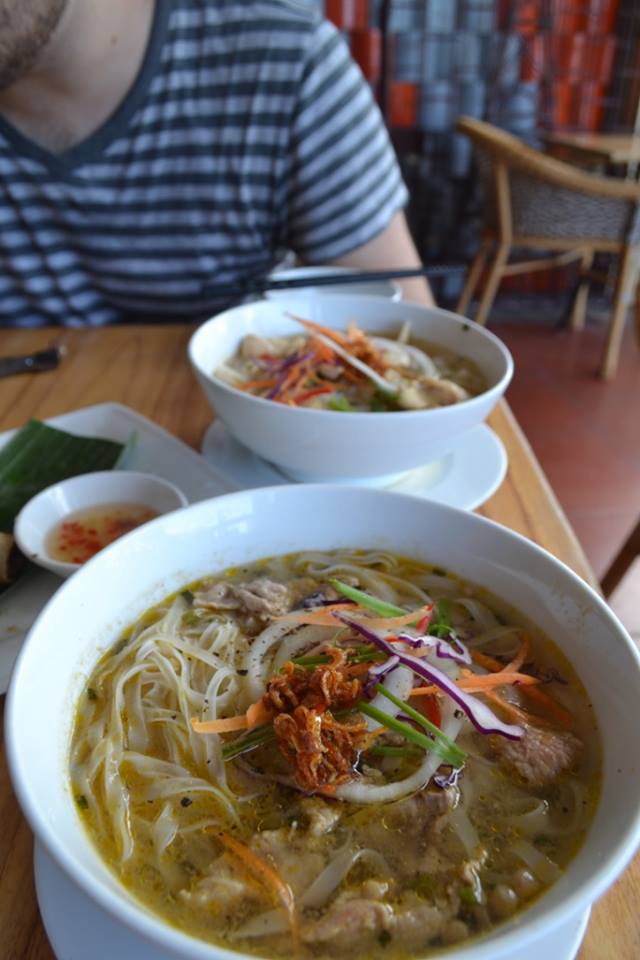 We did make an excursion to the closest beach, although it took a 20 minute bike ride through scary traffic so we only went one day. It was peaceful but didn’t have too many waves, so we just relaxed and ate on the beach. Mid-Vietnam has some beautiful beaches that aren’t developed and not quite on partying tourists’ radars yet! I’m glad we stayed closer to the Old Town rather than the beach, though.

One day we took a bike tour around the countryside, exploring little islands and visiting rice paddies and water buffalo. We were a bit impatient because a lot of the people on the group tour rode so slowly, but it was a nice excursion nevertheless and we got to escape the “craziness” of Hoi An for a day. We met some pretty cool people on our tour as well. My favorite part was paddling and racing through a river on bamboo boats. I lost 😦

At night, the river running through Old Town becomes filled with floating paper lanterns (old ladies hawk them starting at dusk) and tourists taking fishing boats out on the water. There is also a fabulous night market and food market! I’m always a fan of street food. M was more of a fan of the rolled ice cream trucks. One night we also went to see a water puppet theater show. It was ok, since there was no English translation – but there was a cool dragon puppet dance with fireworks. And it ended up being an easy way to pass a night rather than just chilling in our hotel after some hot hours of exploring Old Town at night. 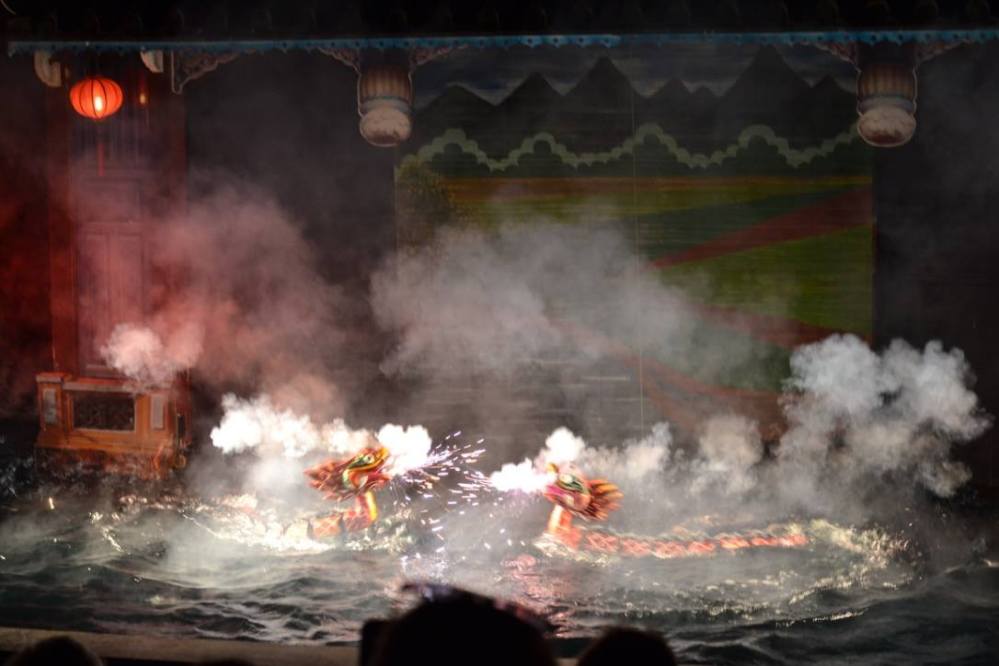 Hoi An apparently is also known for tailoring, so we got M an affordable – yet still very nice and perfectly tailored! – suit and myself a dress. All the backpacking and heat made me not care about clothes shopping too much, so I didn’t go crazy. But having clothes personally tailored like that in the US would cost hundreds, upwards to at least over a thousand, of dollars. While I cringed at our bill because it was multiple times over our tiny cost of staying in Hoi An for the week (food, hotel etc), we had to keep perspective. And now M has a nice suit 🙂

Some days we got really cheap massages. The shopowners were very eager to have us as customers and gave us quite a discount. They’re nothing fancy, but I preferred them immensely over Bali massages. And they were usually only $11 for an hour of really intense back/head/foot massaging! 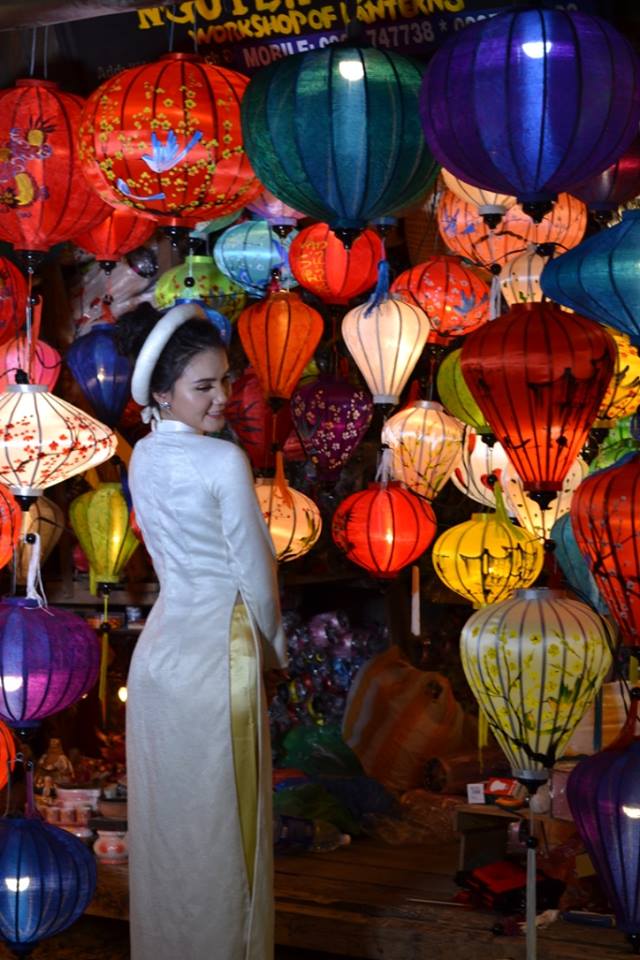 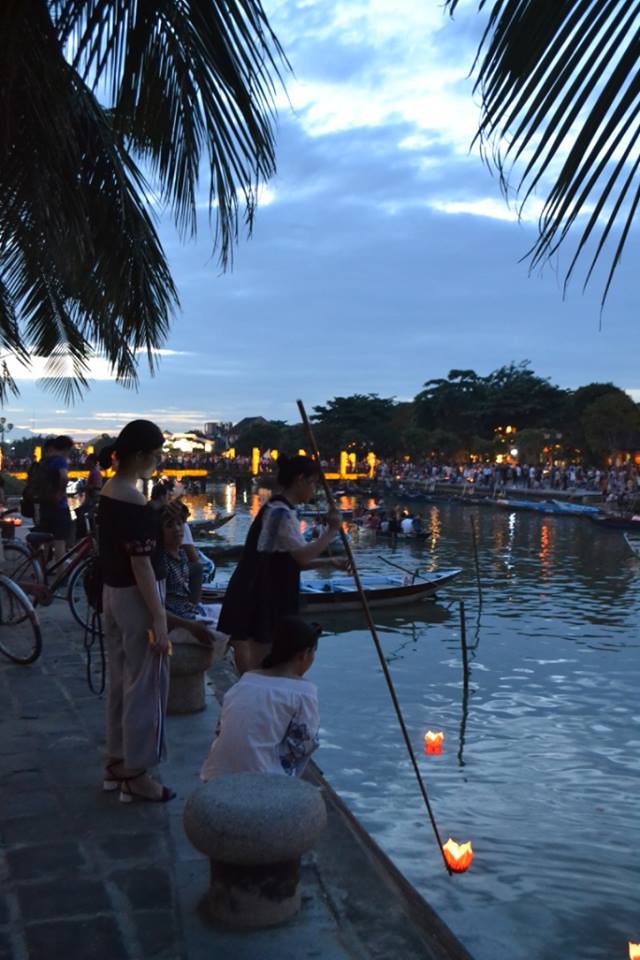 On our last day, we visited the Marble Mountains. I wish we had more time to explore (or…I wish it weren’t so hot), because they really were magnificent. We were only able to explore a few caves, but they were so cool! They’re not for claustrophobic people though, because at some points we were scrabbling up really narrow, precipitous rocks in the dark to come out of a hole in the mountain face. 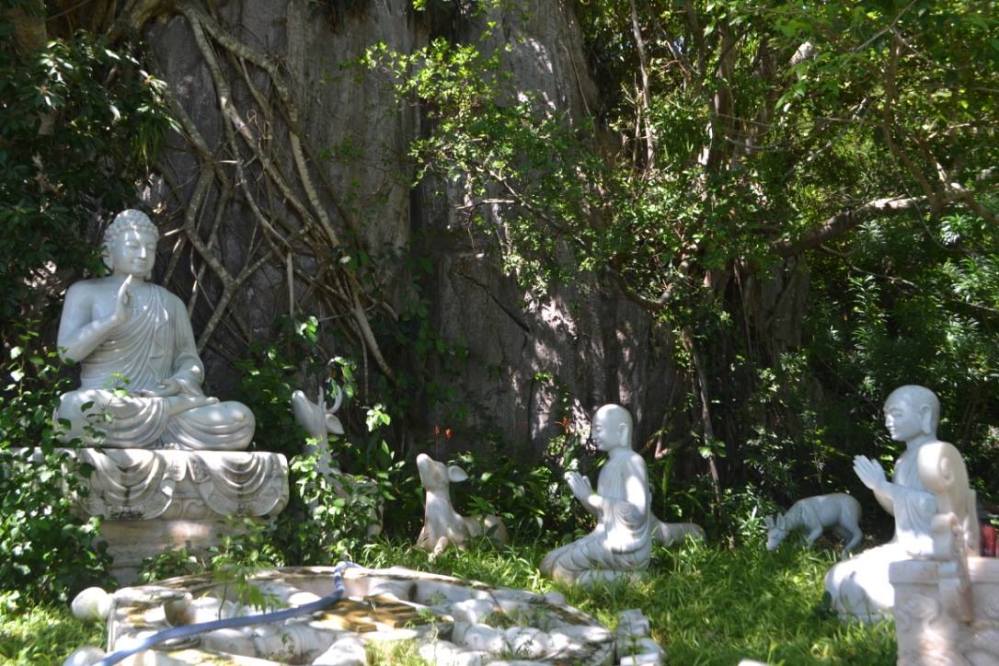 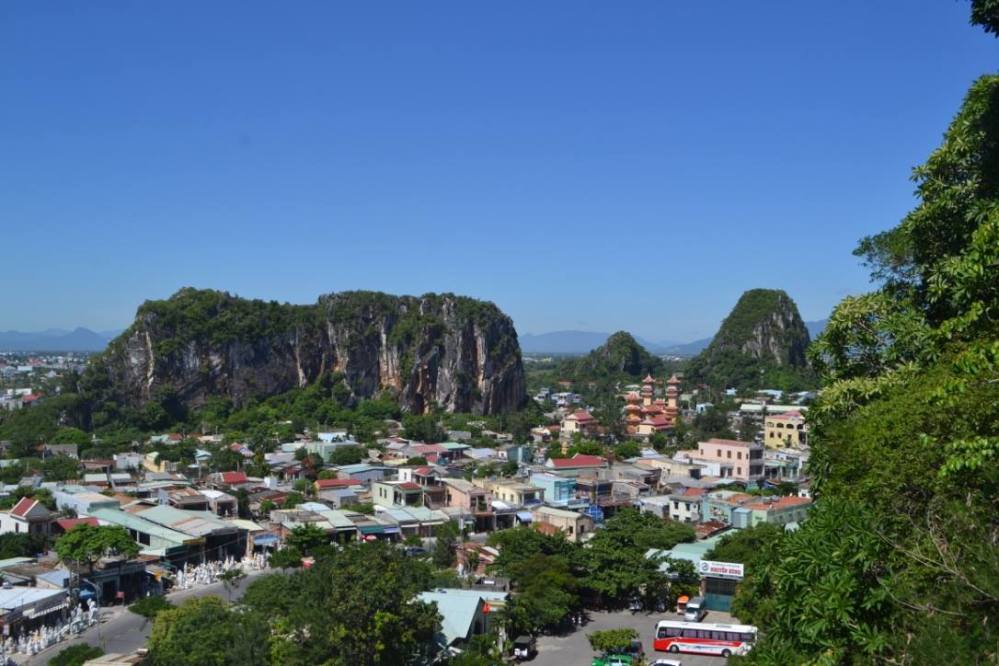 After a hot, but relaxing week, we took Air Asia once again and took a short flight to our last country – Thailand! Sidenote, AirAsia takes most SE Asia denominations, and has REALLY great airplane food (that you have to buy since it’s a budget airline), so we were happy to spend the rest of our converted currency every time we left a country.