It’s only been less than a week since we’ve been back from Hawaii, and it feels like forever ago – but not in a bad way. I’m not the type to “wish I was back!” wherever I just left, and it helps a lot that I have a pretty fulfilling non-vacation life to come back to :), which makes time go by so quickly and allows me to just fondly look back at our adventures. These next few months are going to be crazy with more travel plans, cramming for big life exams, finalizing wedding planning, and maintaining normal life/work as well – wish me luck!

I’m filtering through the thousands (!) of pictures we took on our Kauai trip, because although we spent fewer days on the island than we did on Oahu, the views were so much grander (it’s not called the Garden Isle for nothing!). We made the executive decision to cut our 1+ week in Kauai short and hop islands when we heard about the state of emergency on the island; while everything was mostly recovered by the time we arrived, many of the epic hikes we’d planned & some rivers we wanted to kayak were closed from potential impending landslides. While we certainly could’ve stayed and relaxed (and there was still plenty to do!) for the entire week, I think we would’ve gotten too bored if we had stayed for 9 full days on any one island.

I was a little tired of Oahu when I left – it was beautiful but full of tourists who clearly didn’t travel very much, and many attractions were signficantly catered to people who were visiting for whom this was their “once in a lifetime trip”. We’re bigger fans of going to beautiful rugged places where very few other people visit – and Kauai hit the bill much better for how we travel. The island, being Hawaiian, is still very touristy with only hotels/resorts rather than small B&Bs or local places to stay, but 80% of the island is inaccessible by car, which made for some remote driving. If there’s anywhere to do a helicopter tour in the world, Kauai is the place to do it, and we made the plunge to see the 80% of inaccessible land by air! Totally worth it.

I had to attend a few meetings while we were in Kauai (a small price to pay for an essentially free trip), so we stayed closer to our resort on many of the days. There is only one road through the entire island, so while we did visit all the big things we wanted to visit on the seemingly tiny island, we had to spend different days devoted to different sides of the islands because it was so difficult to drive. Still, we were happy with the one relaxing day at the end of our trip, where we spent the majority of the day boogie boarding, snorkeling, and drinking cocktails by the ocean (and I got majorly tan. Oops!) 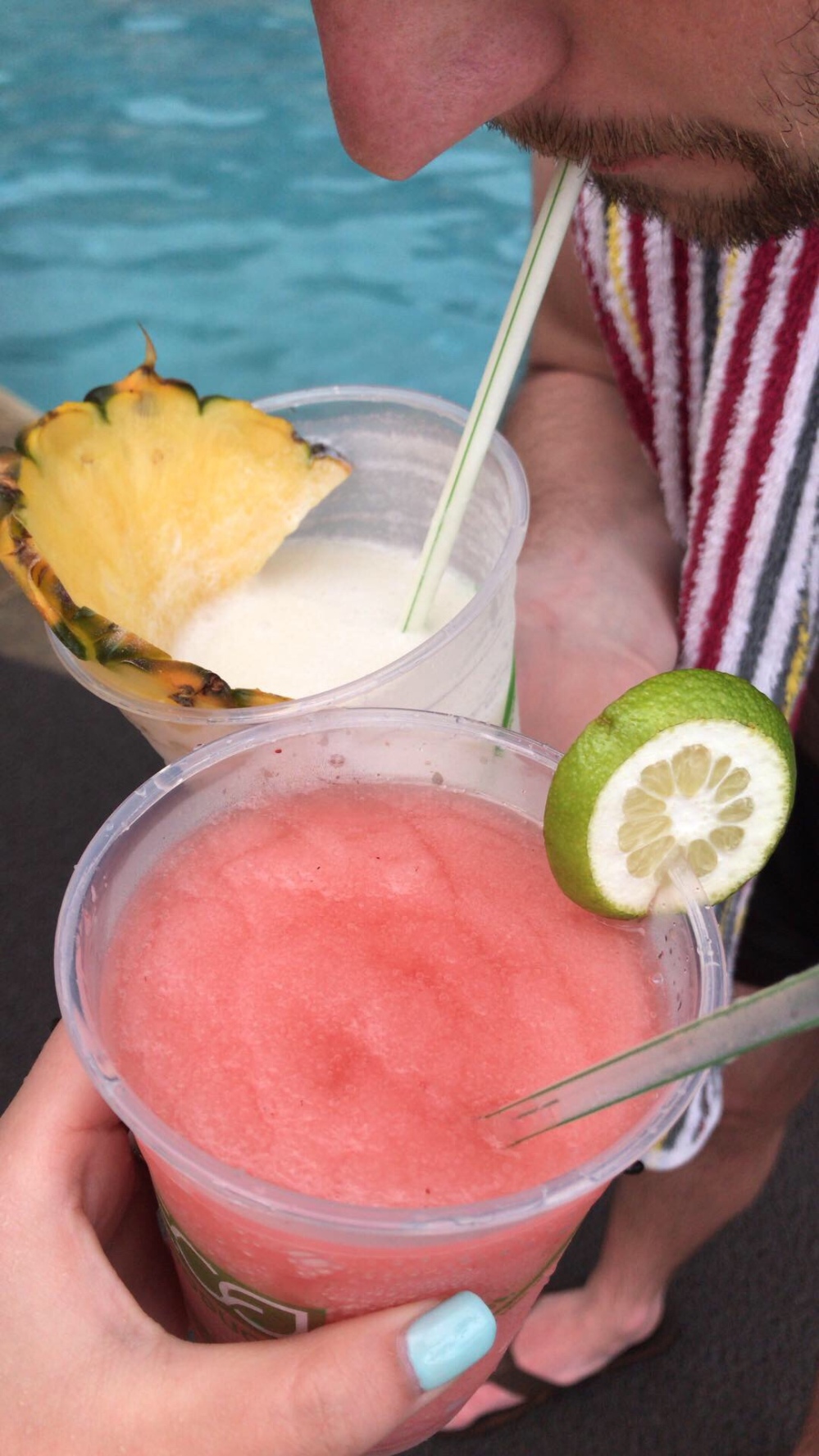 A few of the attractions we were able to visit (again, many of the awesome hikes were closed, sadly) below. Perhaps next time we’ll visit Maui + the Big Island! 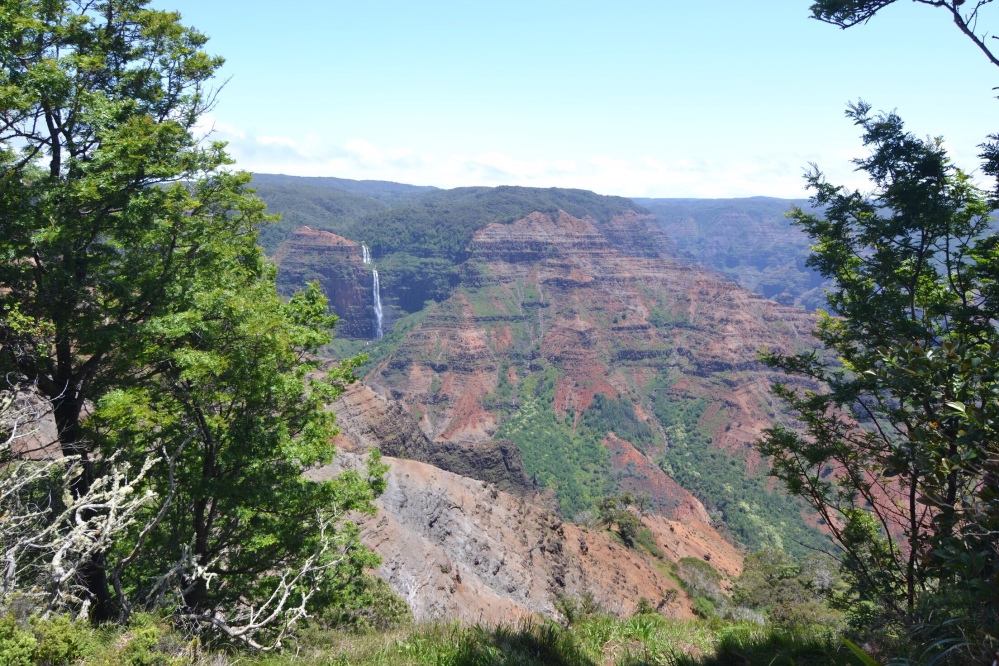 Such a long drive to the west side of the island – the road was the most windy I’ve ever been on and I got nauseous so many times. But once we arrived, it was worth it! There are various lookouts and hikes you can do. This is nicknamed the “Grand Canyon of the Pacific” – and really, the pictures don’t do it justice. 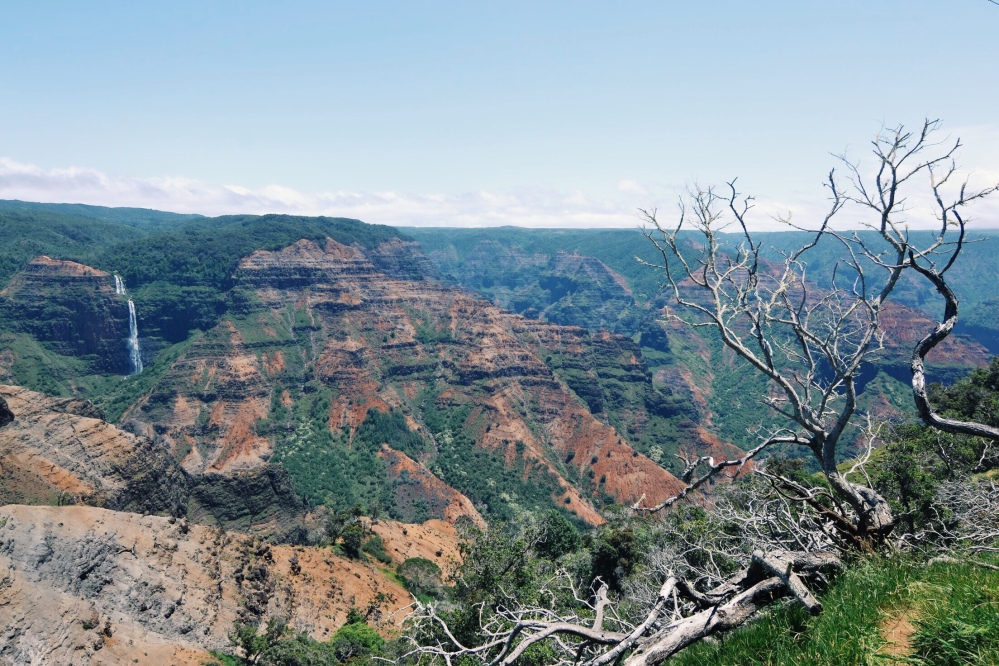 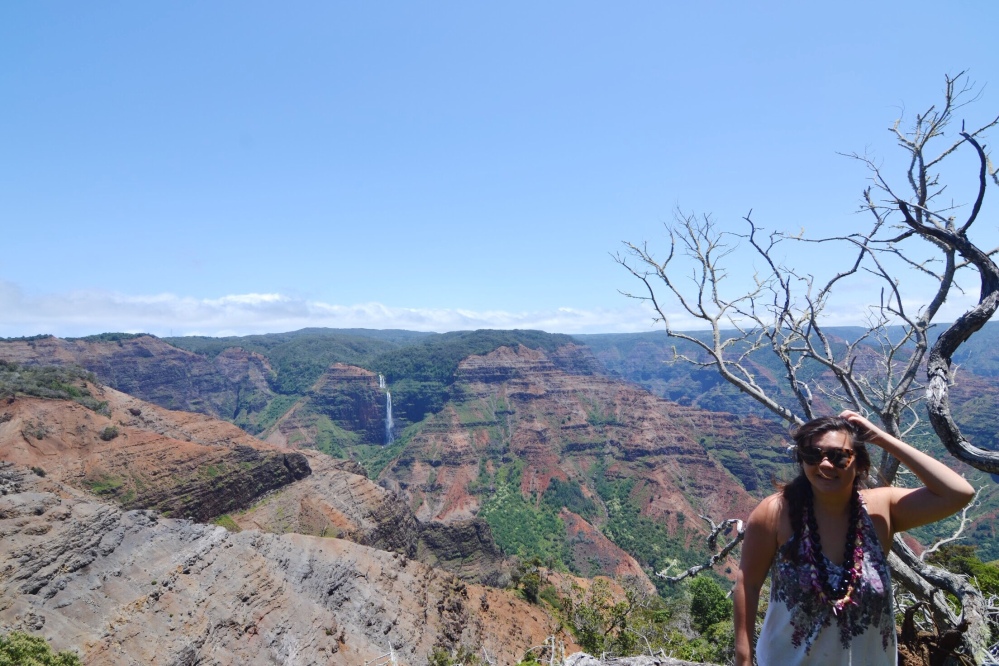 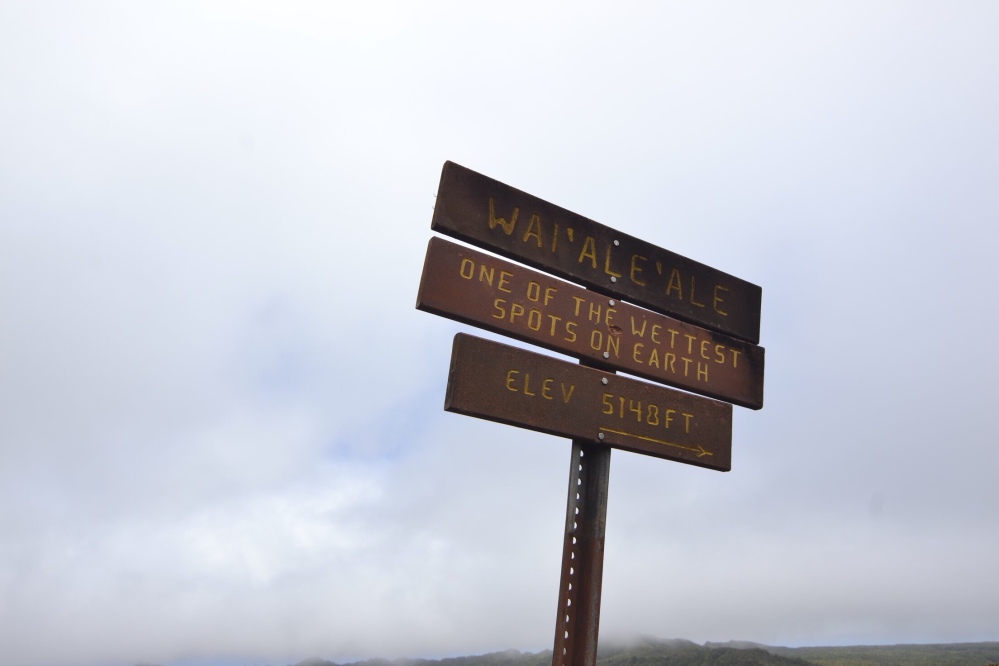 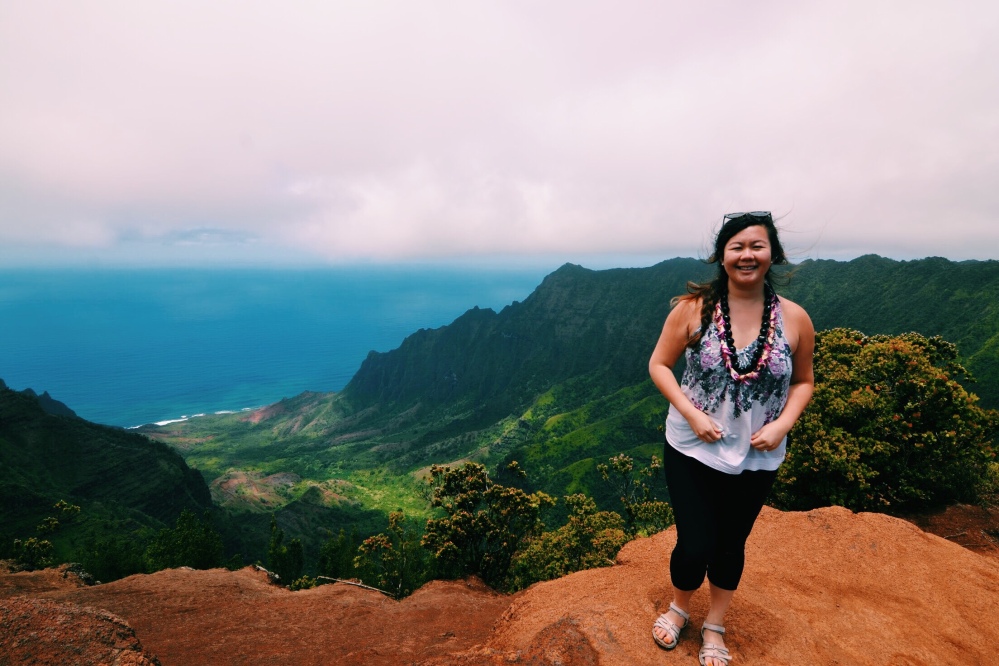 The end of the road in the west, the park offers commanding views of the lush Kalalau Valley from 4000 feet up. We did a few hikes here; this was one of the only places we could get to view the Na Pali Coast on foot (although the actual Na Pali Coast State Park was shut down). 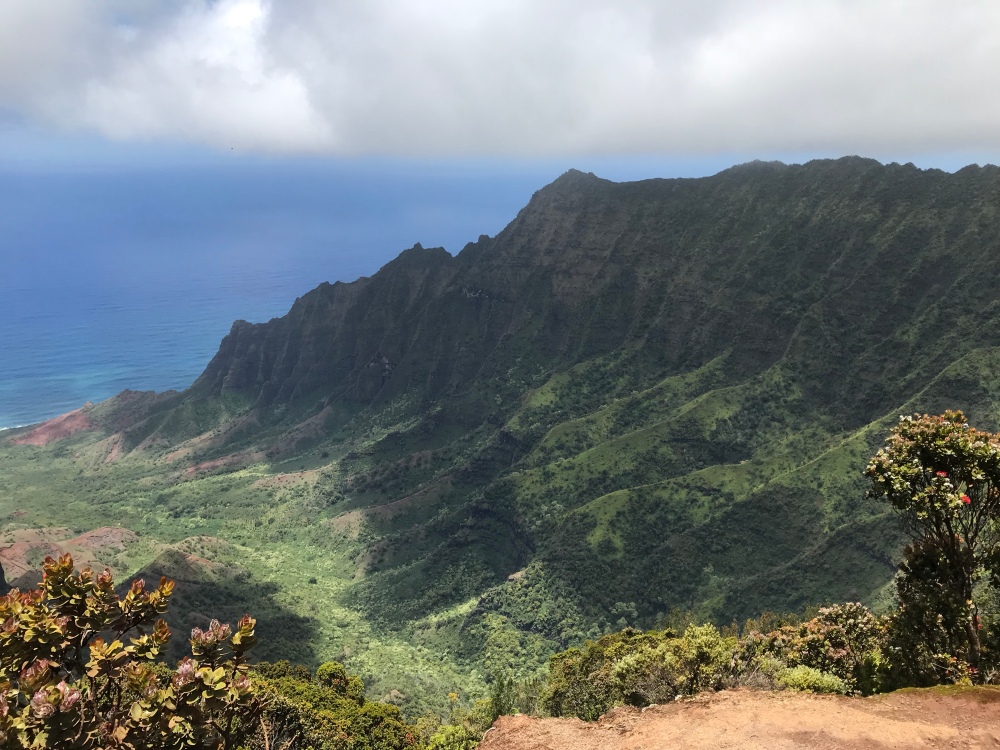 The inspiration behind Lilo and Stitch, M’s favorite movie, so we had to visit! Thankfully it hadn’t capitalized on its tourist potential (yet), so it’s still a low-key artist town. Loved visiting the art exhibits, eating delicious food, and exploring the town including the swinging pedestrian bridge. 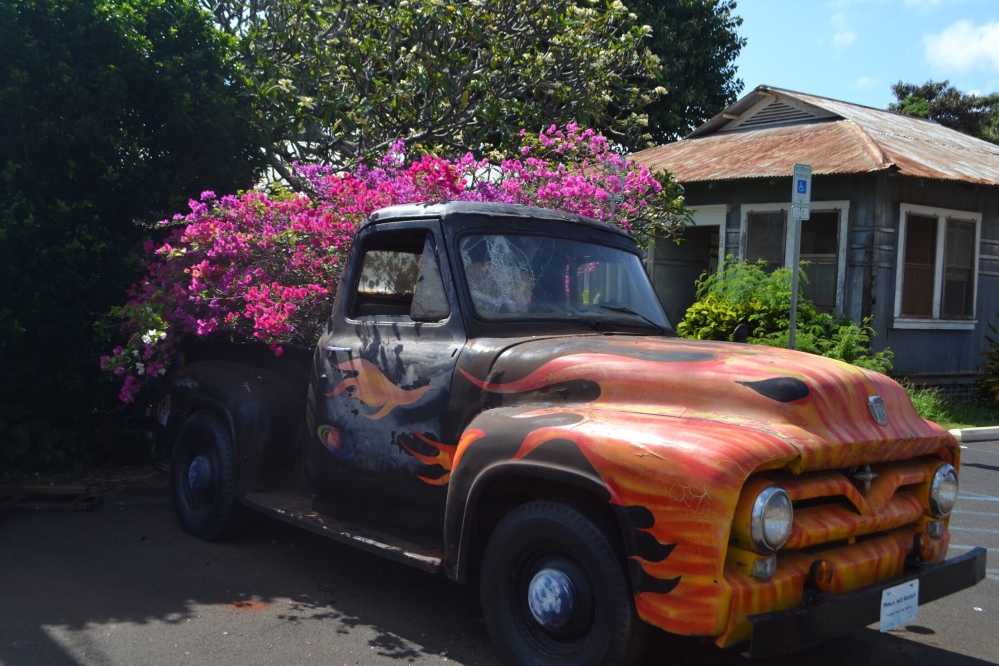 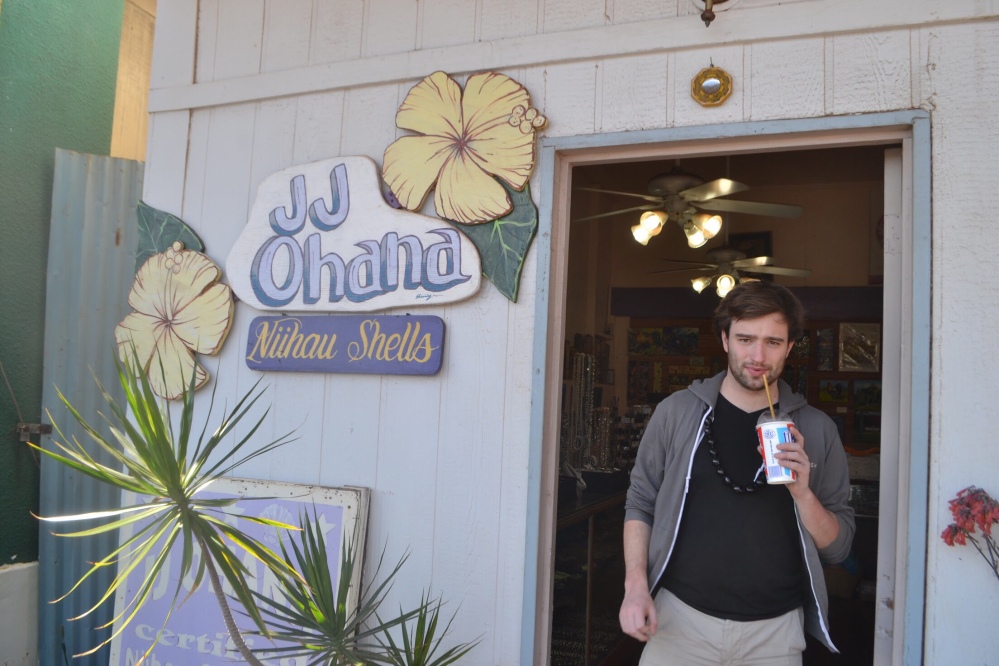 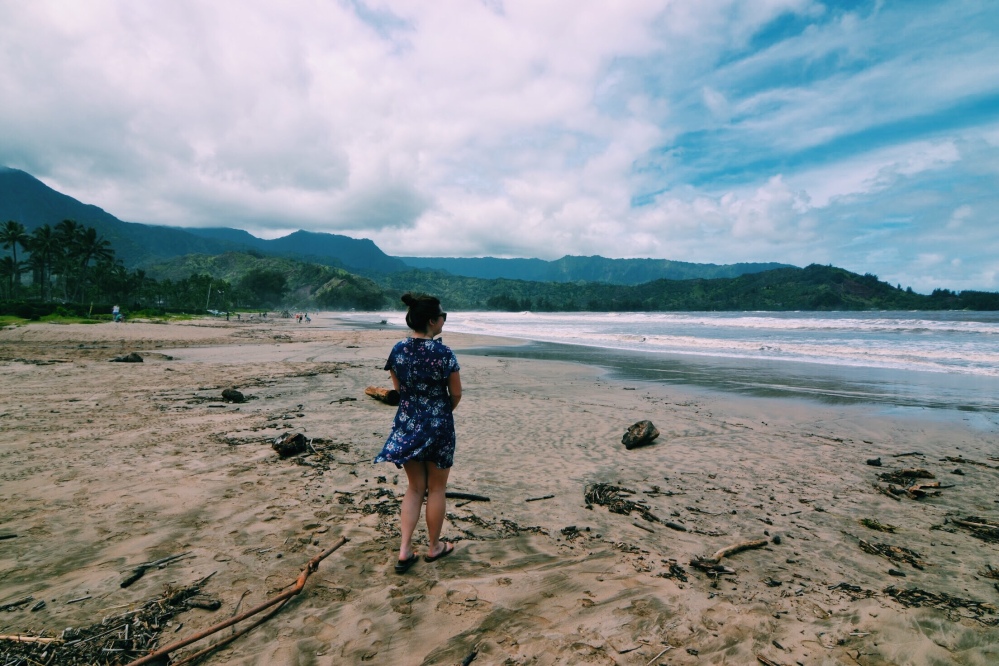 Most of the north shore was devastated by floods, so we didn’t get to spend as much time here as we’d originally planned. The beaches were still unswimmable so we visited the town of Hanalei and the wildlife refuge. 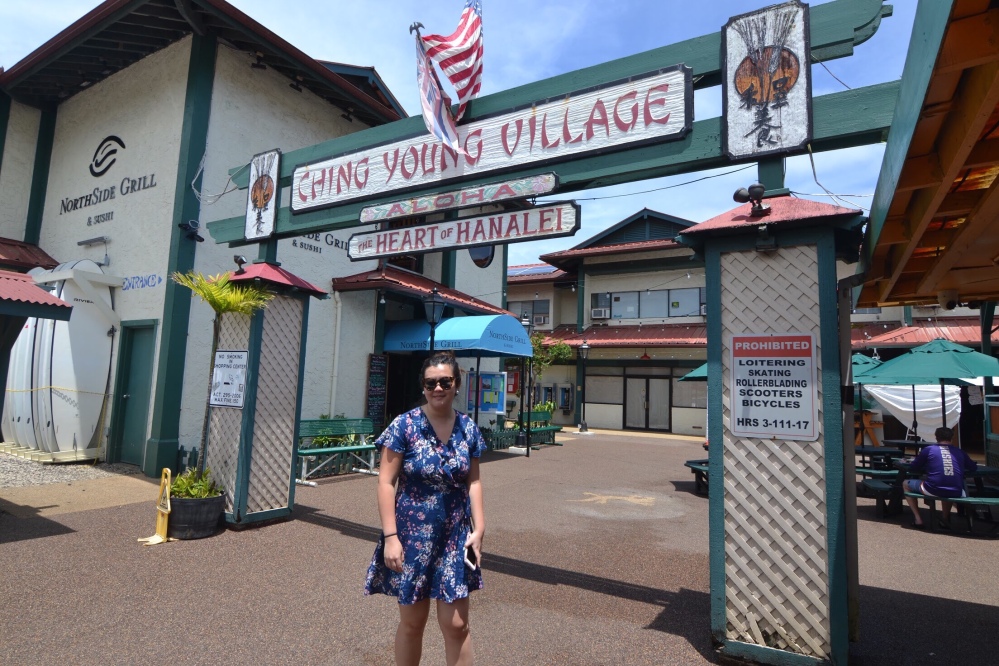 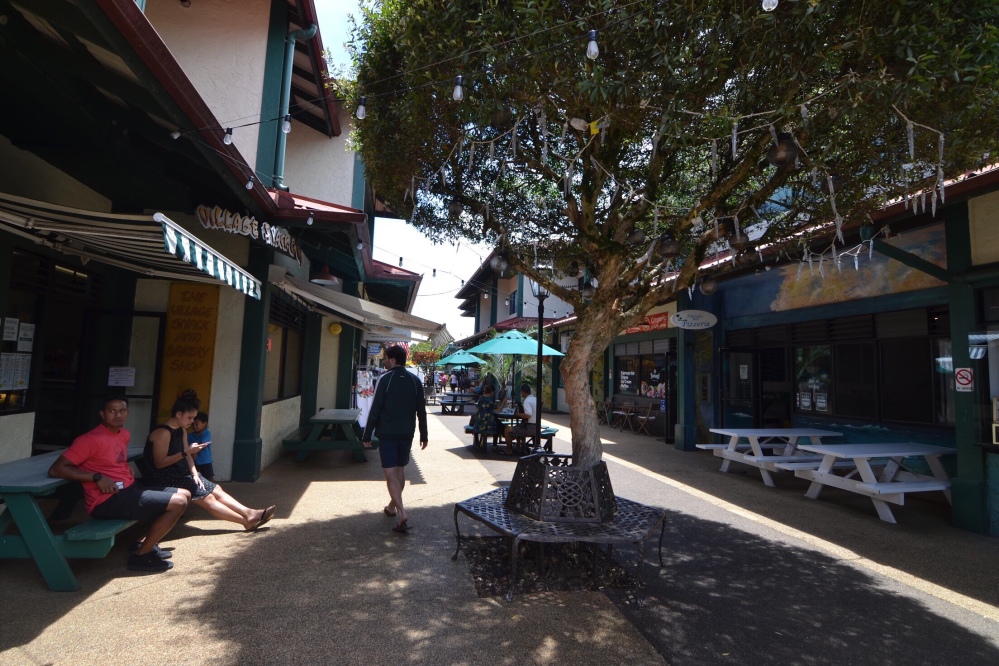 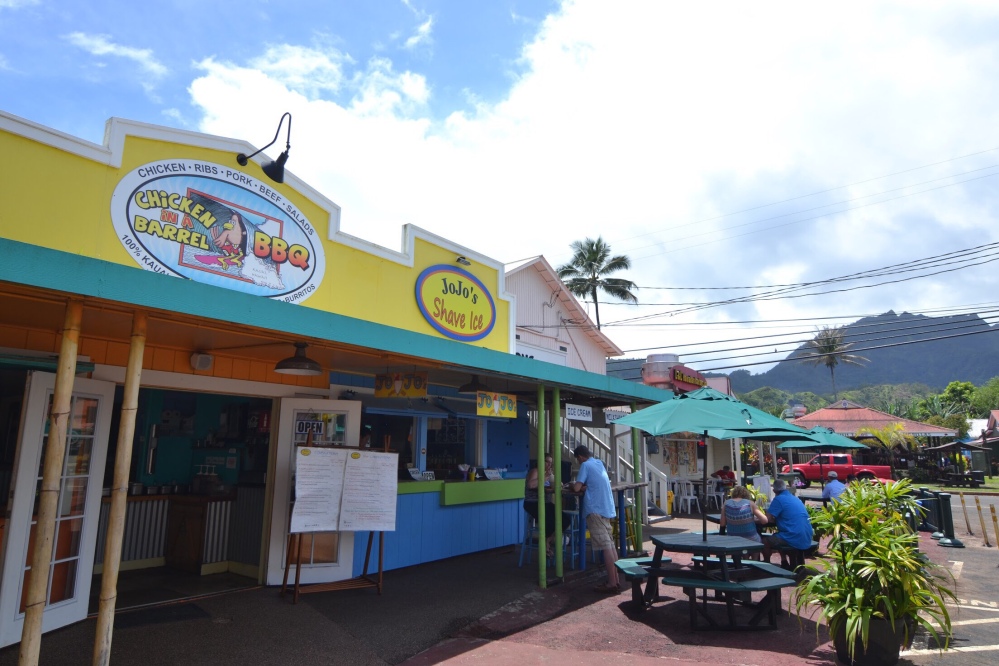 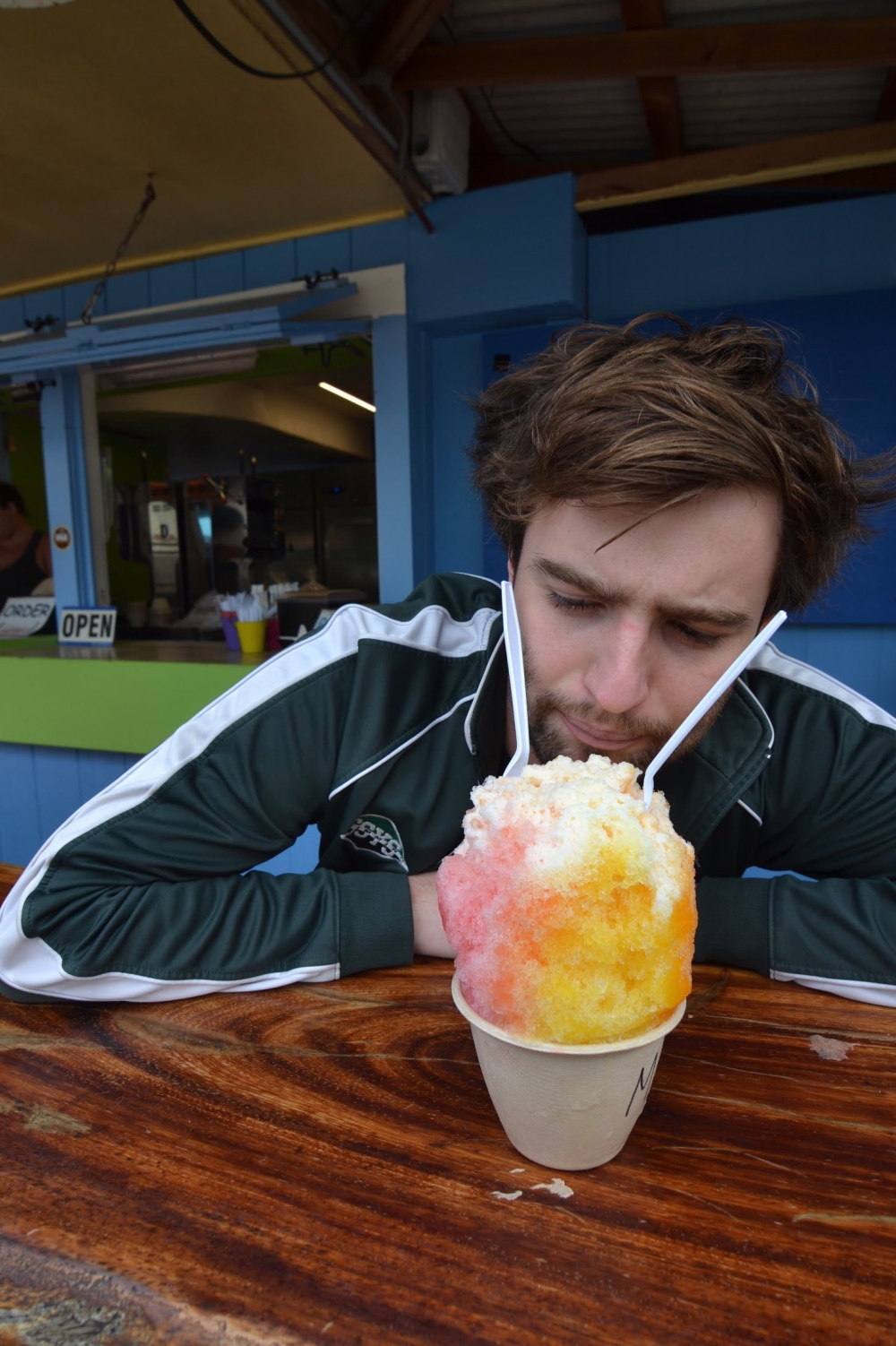 endangered Hawaiian monk seal. We swam with a lot of these as we snorkeled!

The resort area of Kauai, the South Shore was extremely sunny the entire time we were there! There was some decent snorkeling although a lot of the waters were still murky from the floods. Our hotel was nice because it was right on the beach, but again a bit too touristy for our taste (although we had to stay for meetings, so no complaints here!) 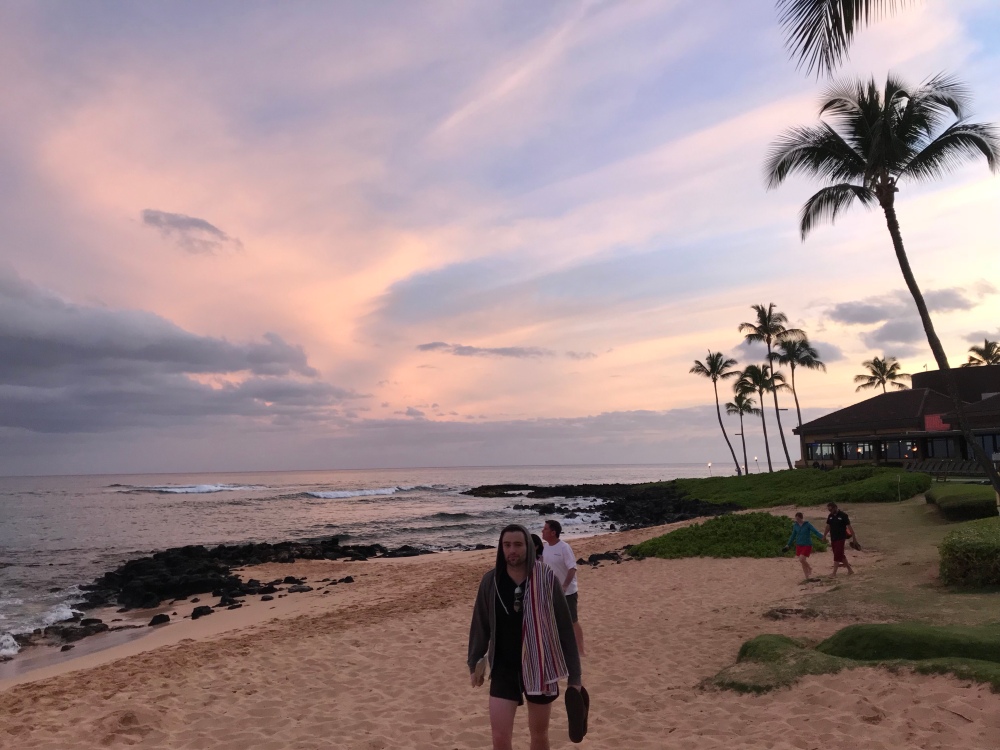 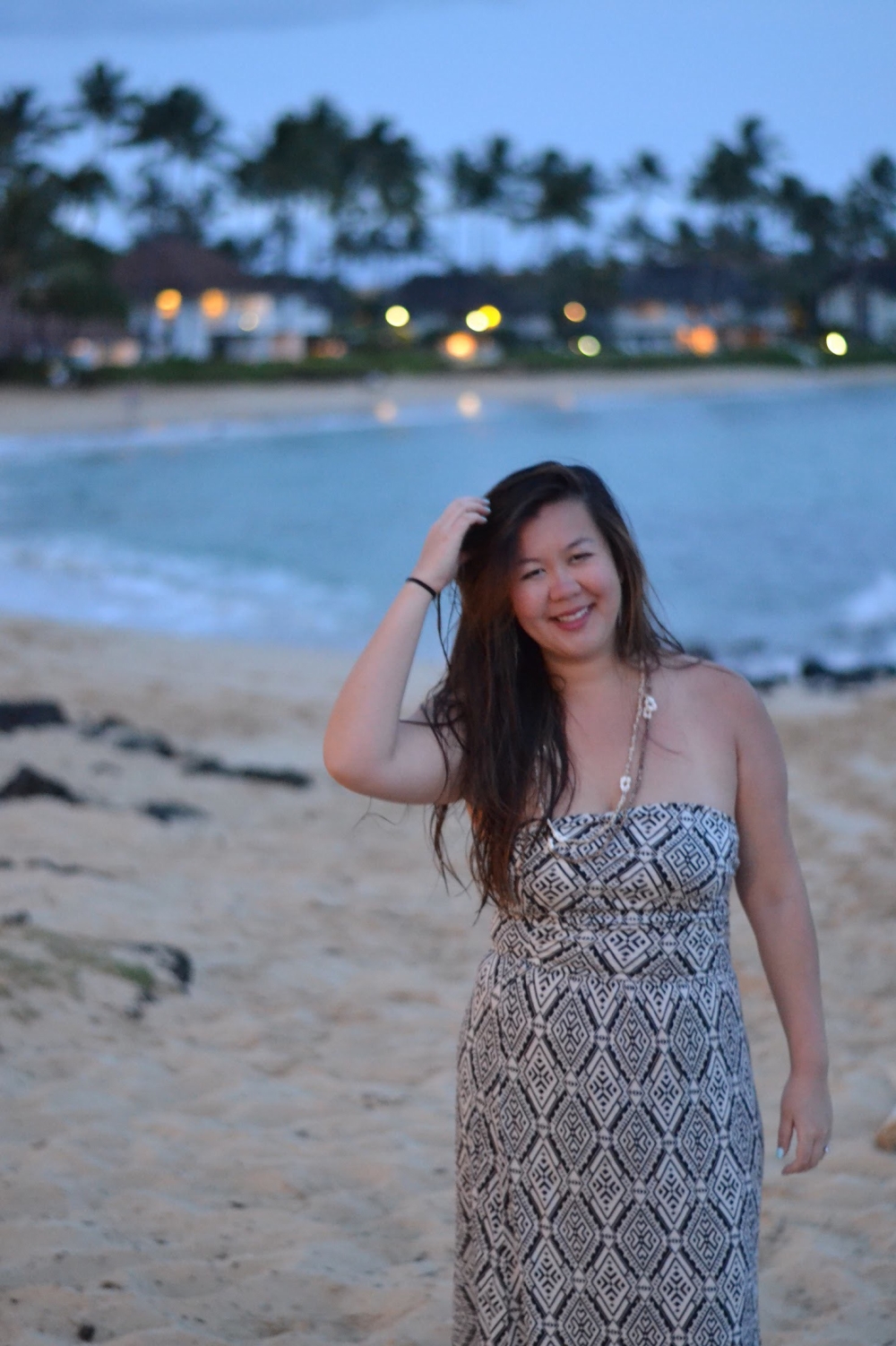 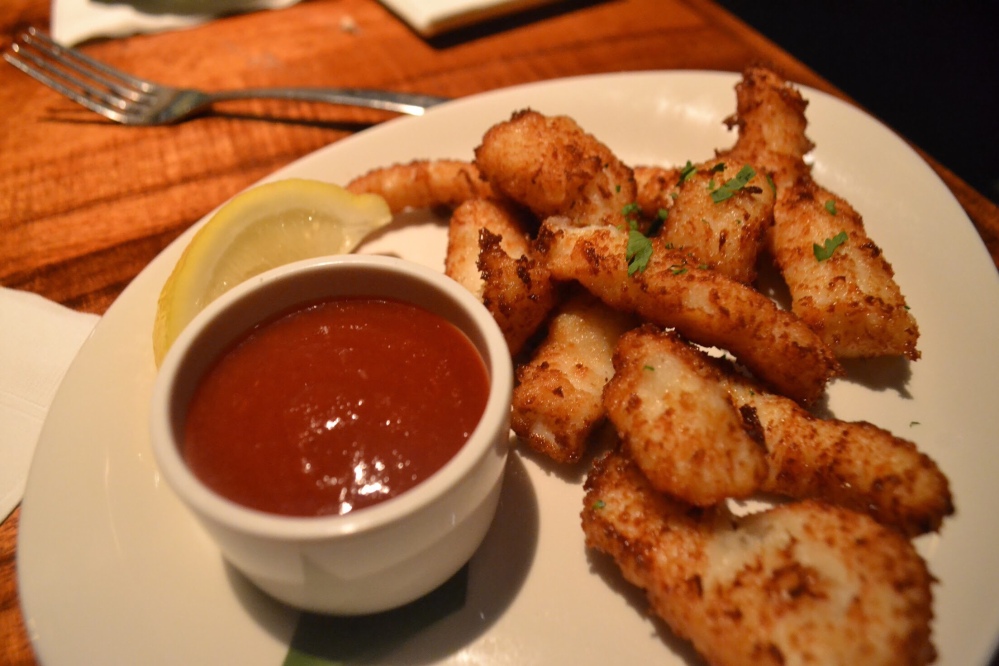 Part of the south shore, the trail starts at Shipwreck Beach (which was our favorite beach during our Hawaii trip). We didn’t do the entire trail, but it was an easy hike with stunning views. The beach itself is great for snorkeling, with really fun rip currents to swim in (DO NOT GO OUT IF YOU’RE NOT A STRONG SWIMMER!) 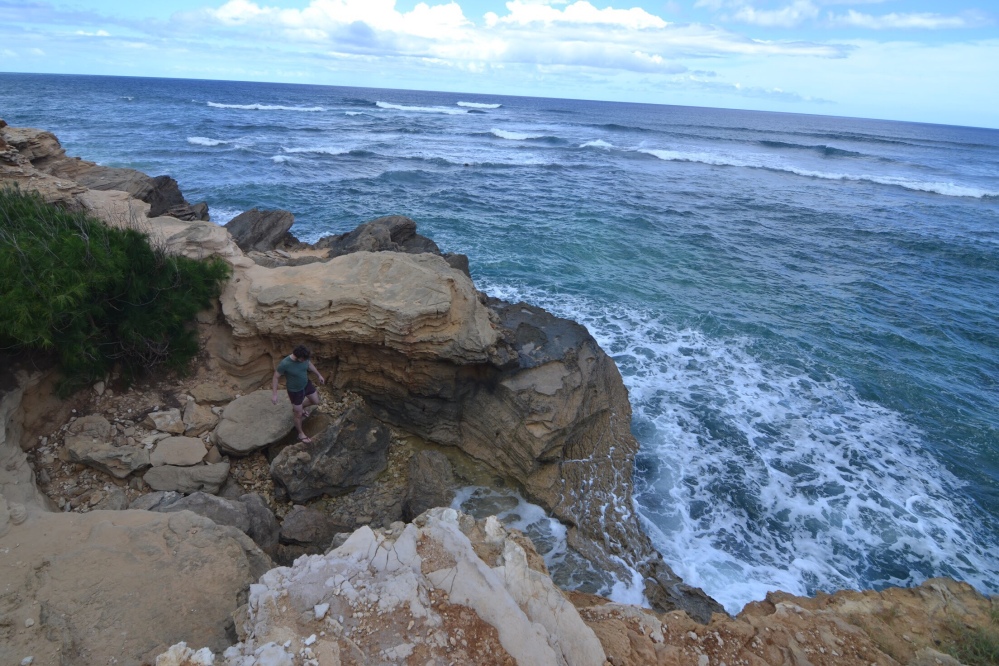 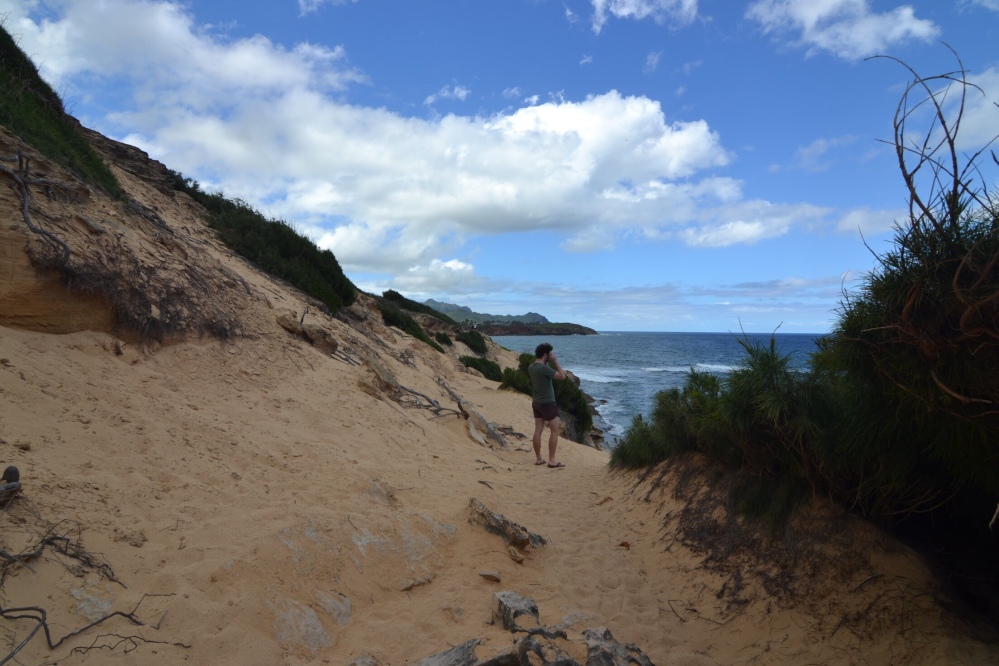 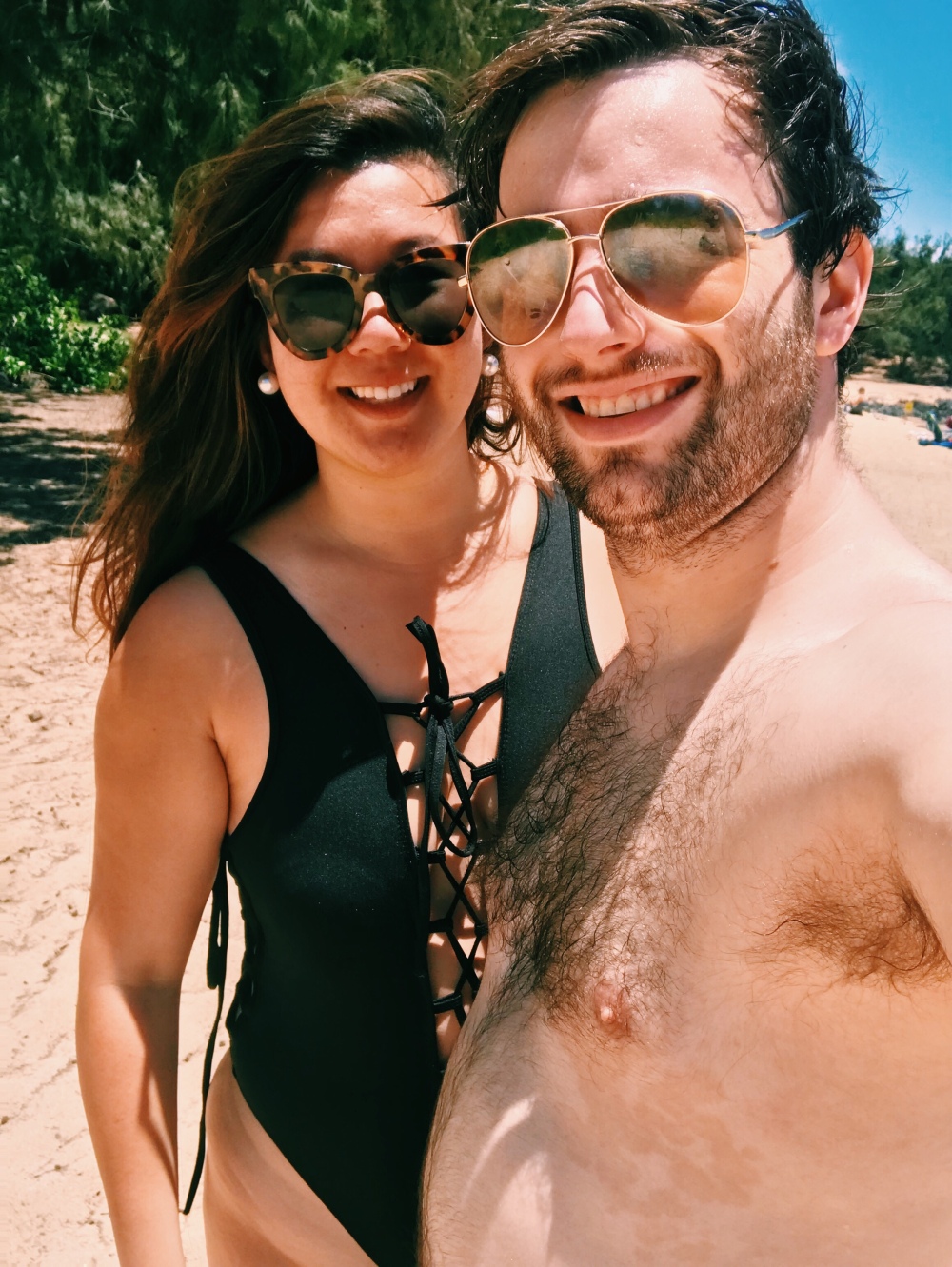 The east side of the island was slightly ruined by floods, including the river which was closed for kayaking. So we viewed the Falls from afar and spent some time on the east side beaches.

The BEST part of our trip and definitely an actual once-in-a-lifetime experience! We opted for the open-doors trip, and I was pretty much hanging out of the helicopter the whole time. We could only bring strapped cameras, so these are all DSLR & GoPro photos. We were breathless the entire time 😉 Only a handful of photos & videos below – I’ll figure out how to showcase the other 1,000 photos in some other way. 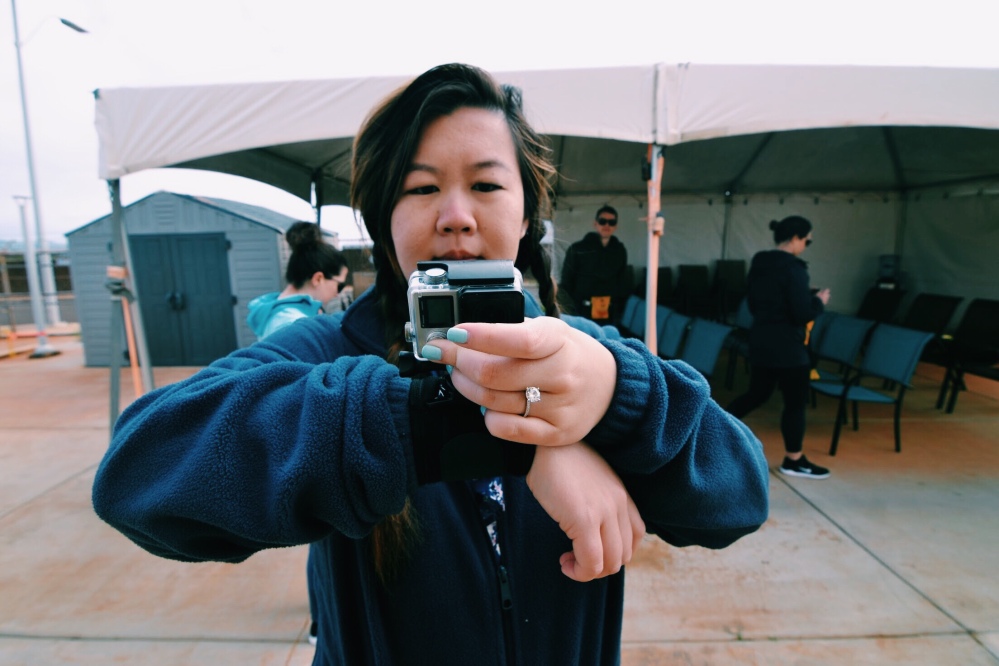 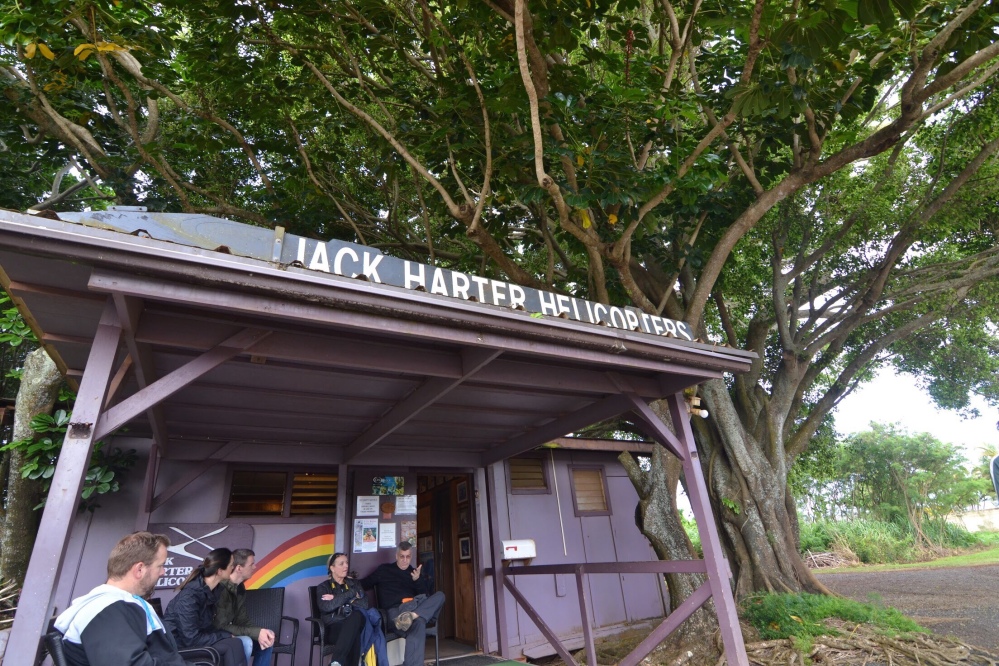 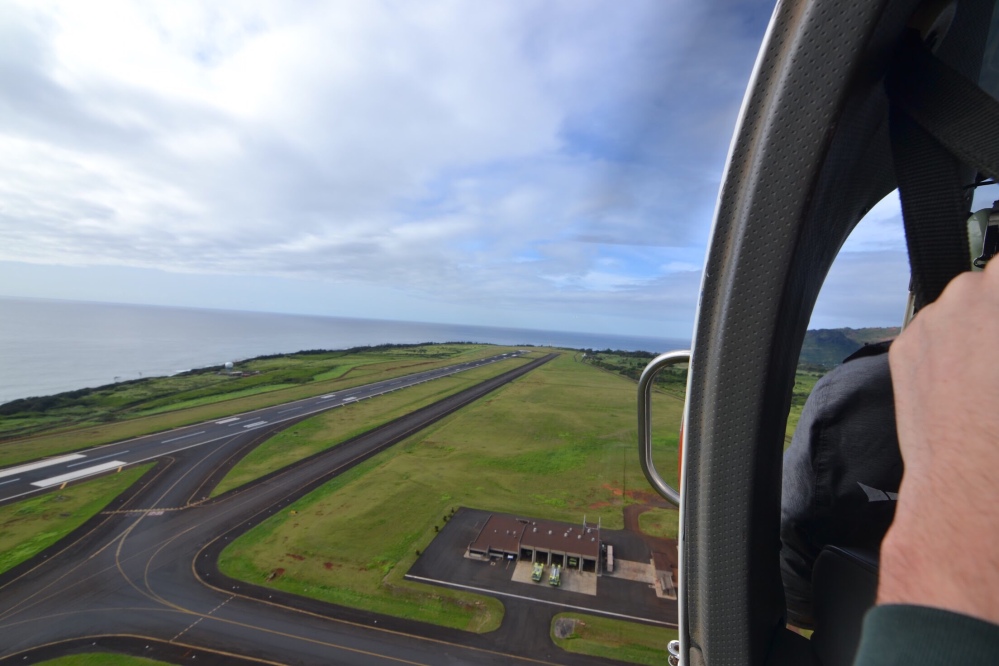 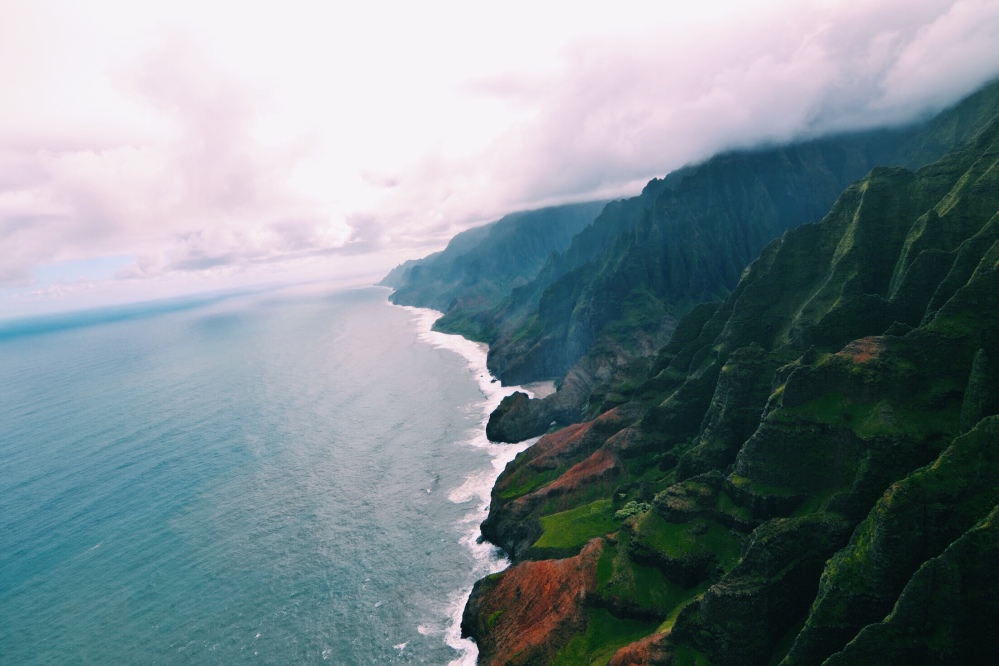