My last trip before heading off to bschool, back in early August, was a roadtrip down the Pacific Coast Highway for a slightly early 1-year anniversary trip. It’s a bit crazy to think that I only started school a little over a month ago, and our 1 year anniversary was only a month ago – time is going by way too fast! 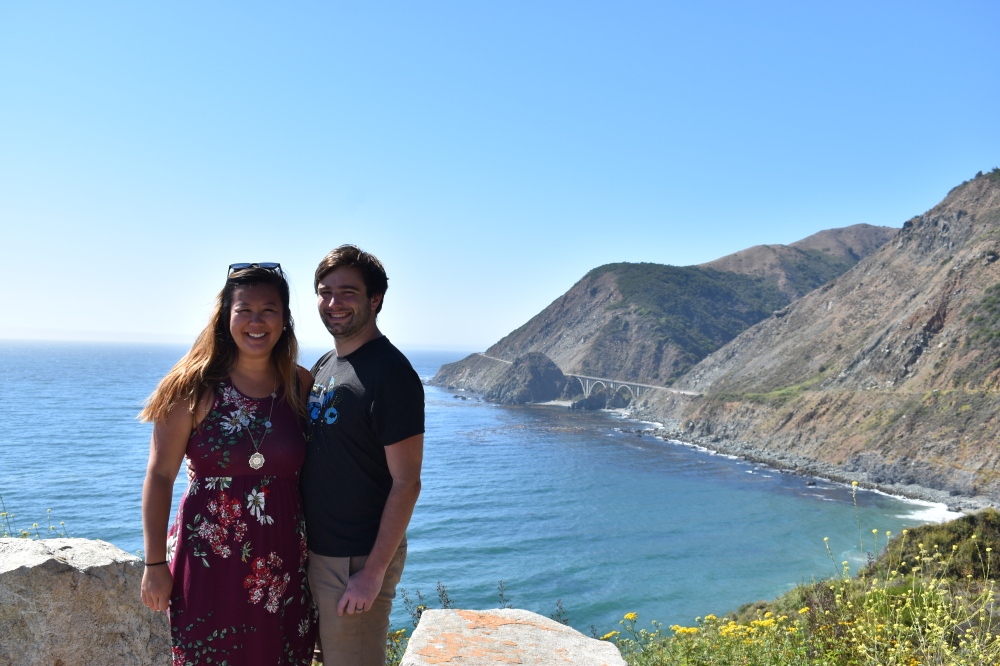 We flew into SFO and flew out of LAX, and spent 6 days roadtripping down the best coast. The car was a bit expensive since it was a one-way rental, so we wished we lived on the West Coast so that we could have these roadtrips with our own car more affordably. Maybe one day 🙂 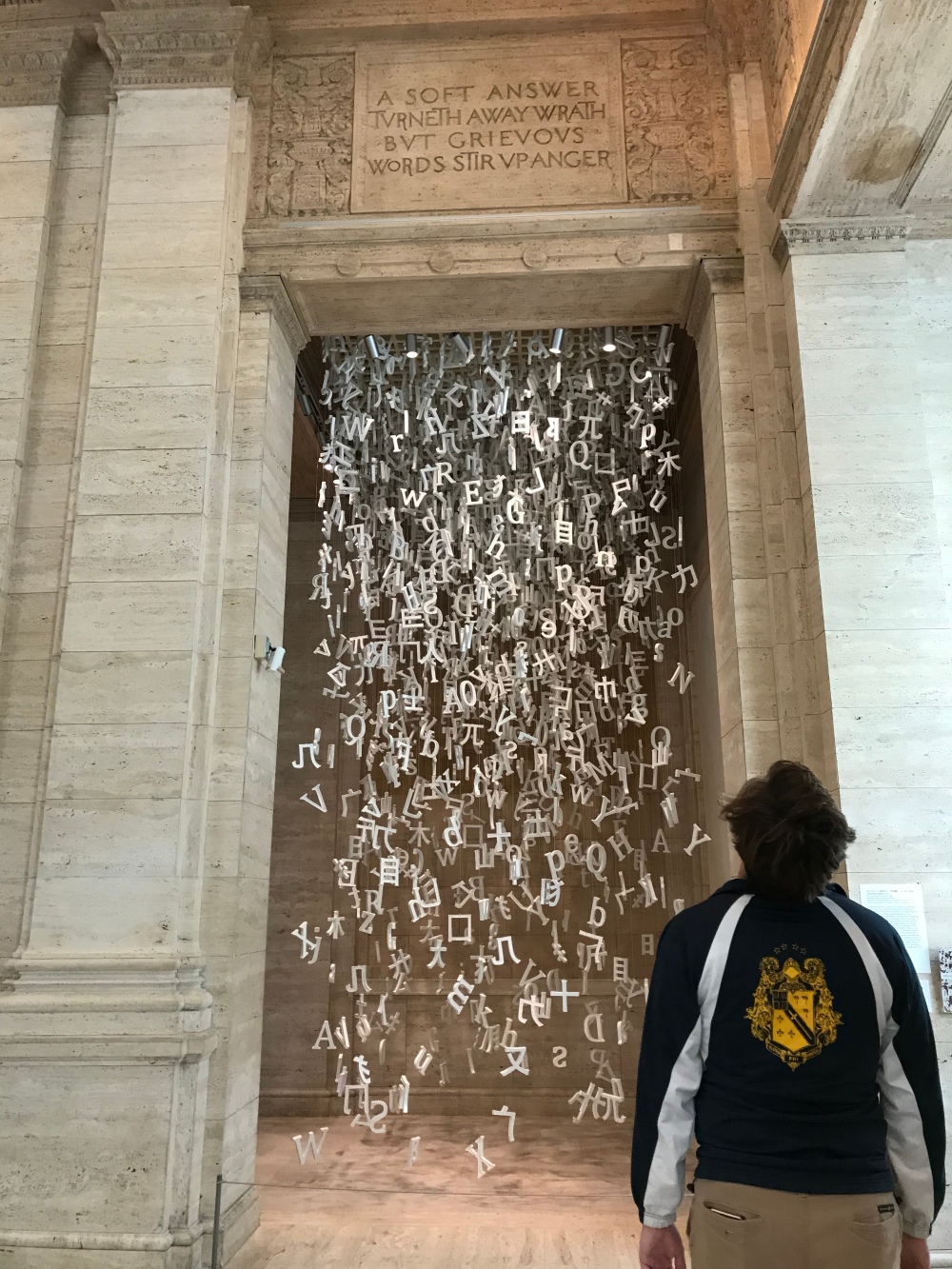 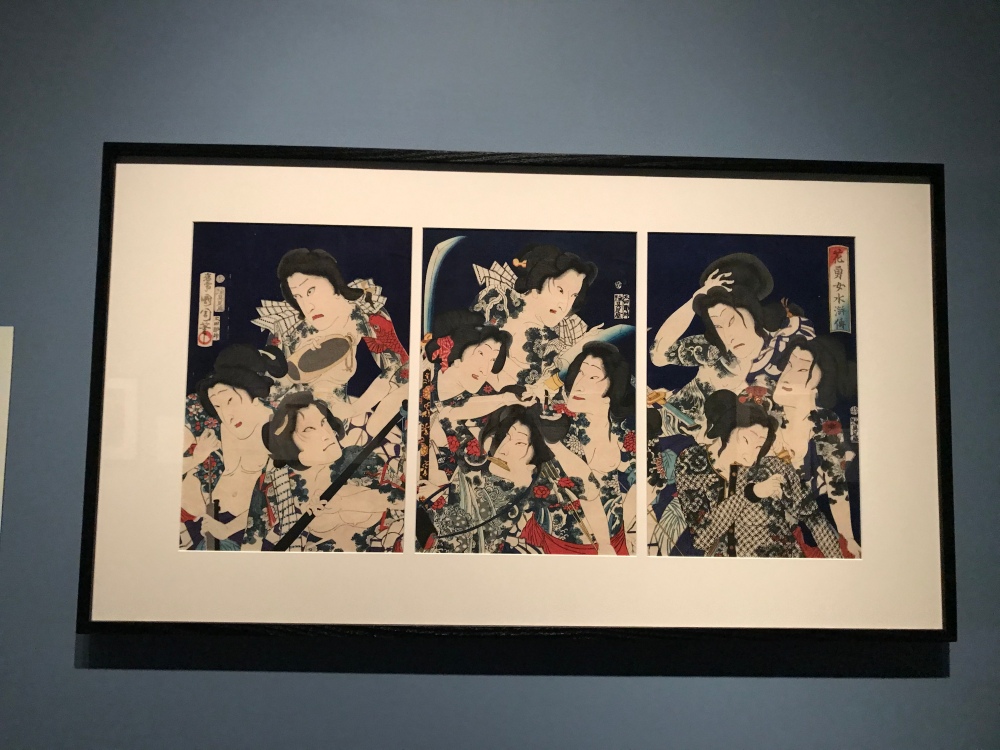 We didn’t spend too much time here except to get sushi, go to the Asian Art Museum (unfortunately most of it was closed for renovation), and meet up with a friend in Oakland. We proceeded to spend most of the afternoon driving through traffic to get to Santa Cruz…if we weren’t meeting the friend in Oakland, we would have just gone south rather than going into the city first. 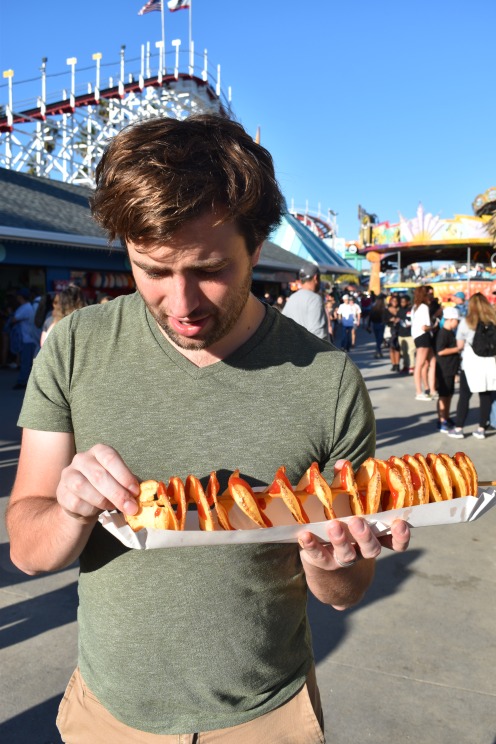 By the time we arrived here, we were tired from our 6 hour flight in the morning and our drive through traffic (plus, jetlag!) We spent a bit of time wandering around the boardwalk and playing arcade games. The beach looked lovely, and some of the rides actually looked really great! Parking was $15 for the full day, and there were discounts for ride tickets sponsored by Dasani Water. We then drove to our first Airbnb in Salinas for the night. 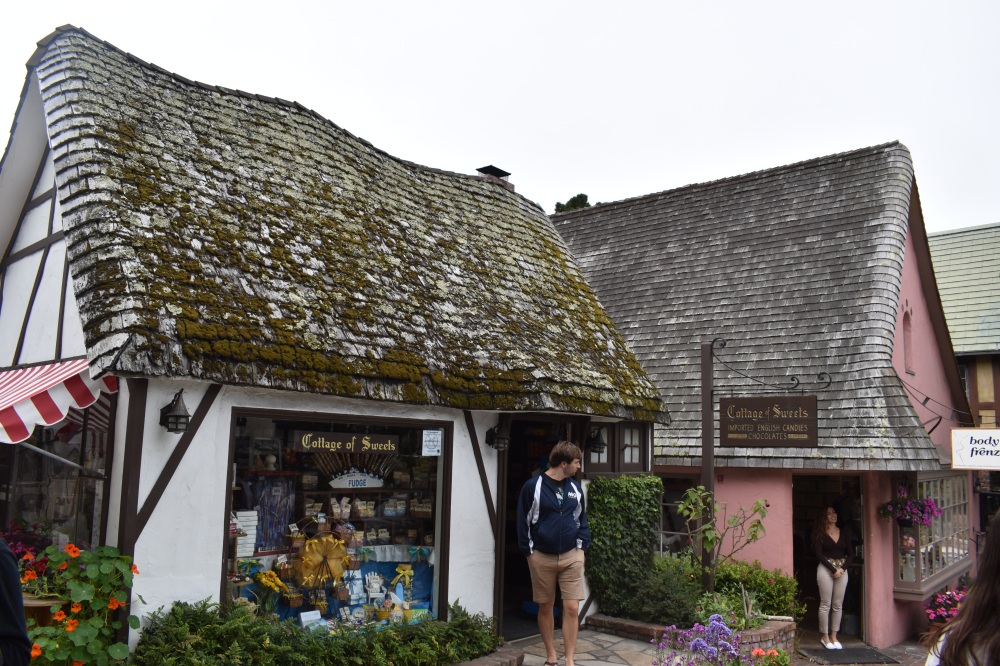 Today was the typical PCH day. We started off by doing the 17 mile drive around Carmel-by-the-Sea. Since we arrived in the morning, it was pretty foggy, but it was cool seeing the beautiful golf courses by the rugged coast and the Lone Cyprus Tree. We stopped by lunch in Carmel, which was a really cute town to spend some time in and look at some art. 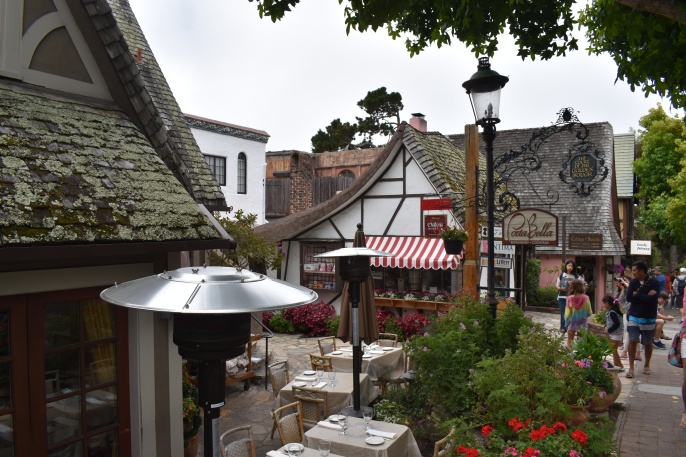 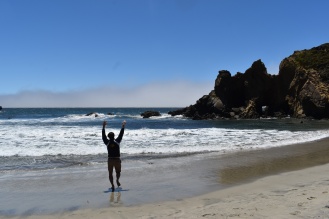 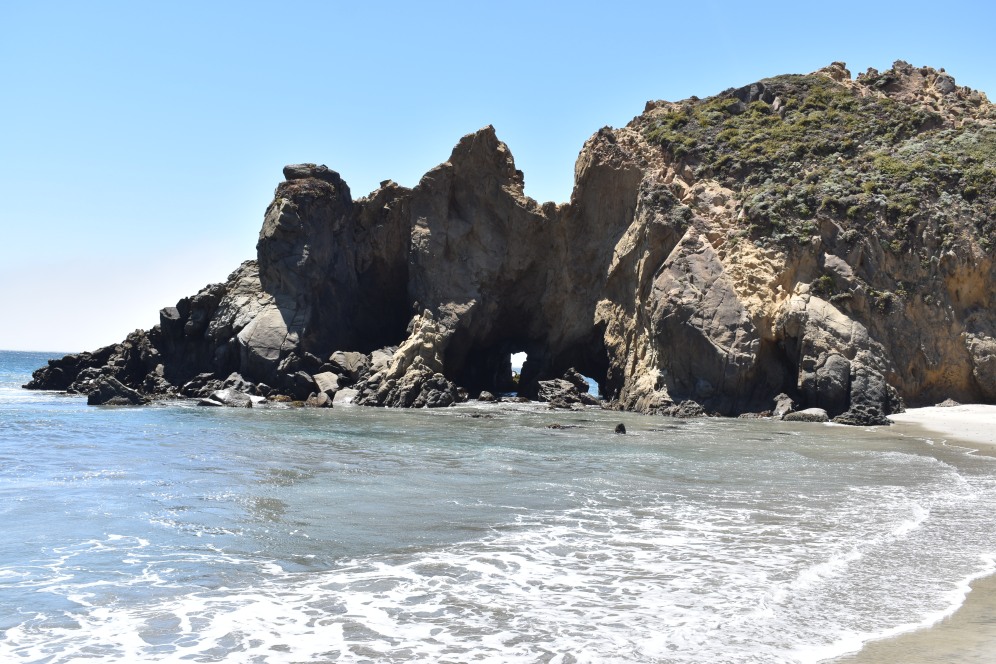 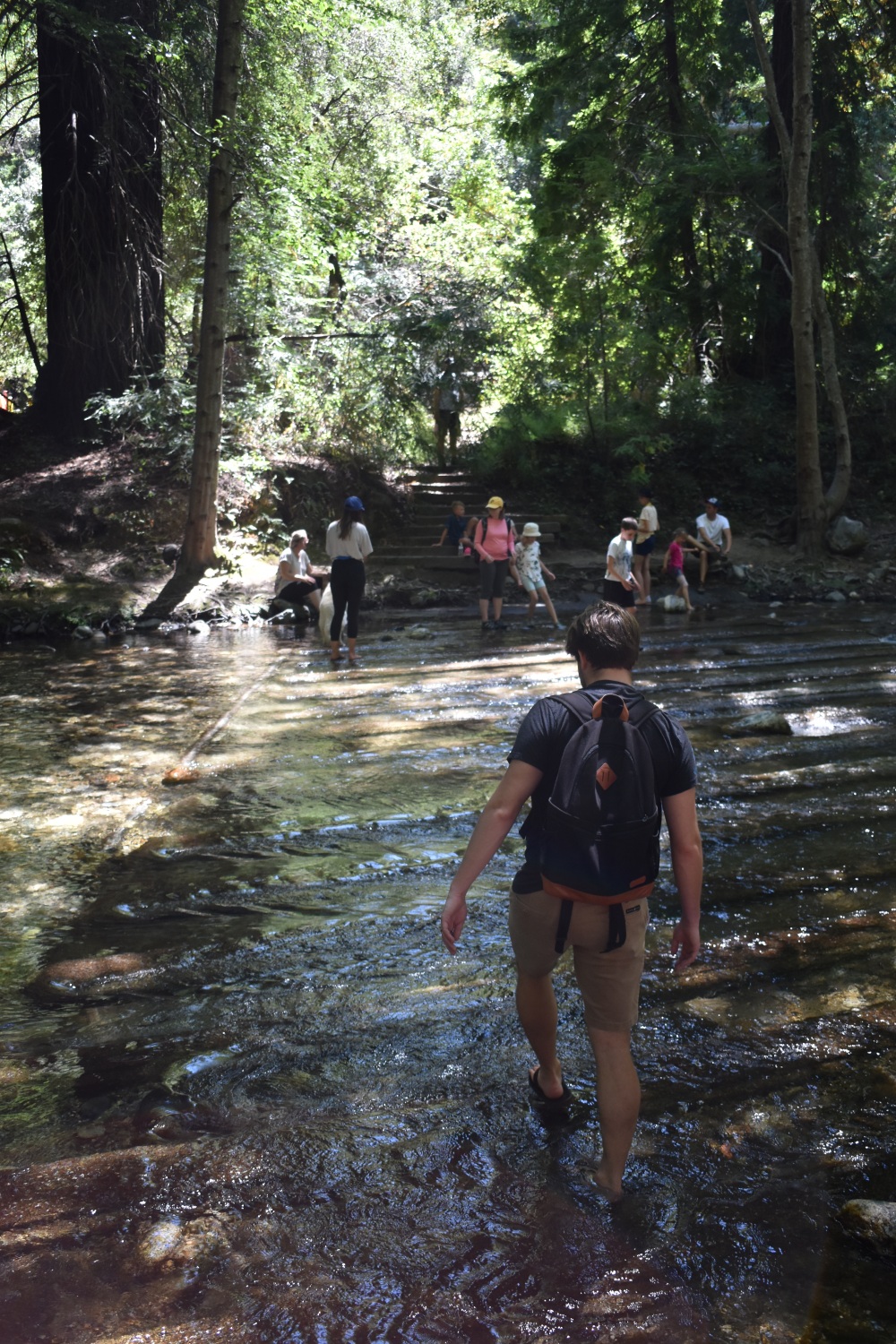 Big Sur is a beautiful state park, and we wished we had more time to spend here! The drive starting from Carmel-by-the-Sea into Big Sur was typical California coast, with rolling hills leading into mountains. And of course, there was a beautiful beach/coast view the whole time. In the park, we stopped by Pfeffier Beach (purple sand apparently, which I didn’t really notice until I read about it afterwards) where we had a windy picnic. We also did some walks amongst the redwood forest, and stopped by Bixby Creek Bridge and McWay Falls. One entrance fee gets you into various points of attraction in the park, and it was completely worth it! There are gas stations within the park, although of course the prices are extremely high, but we were able to make the drive without pulling over for $20/gal gas 🙂 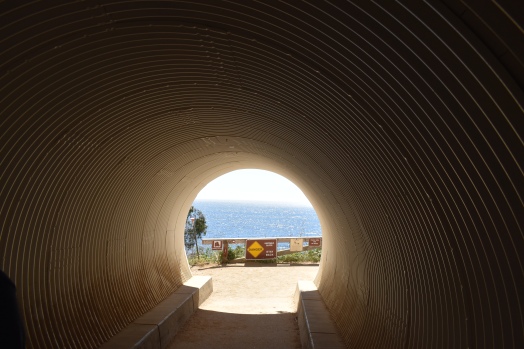 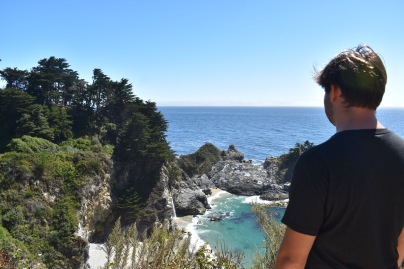 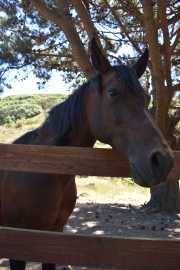 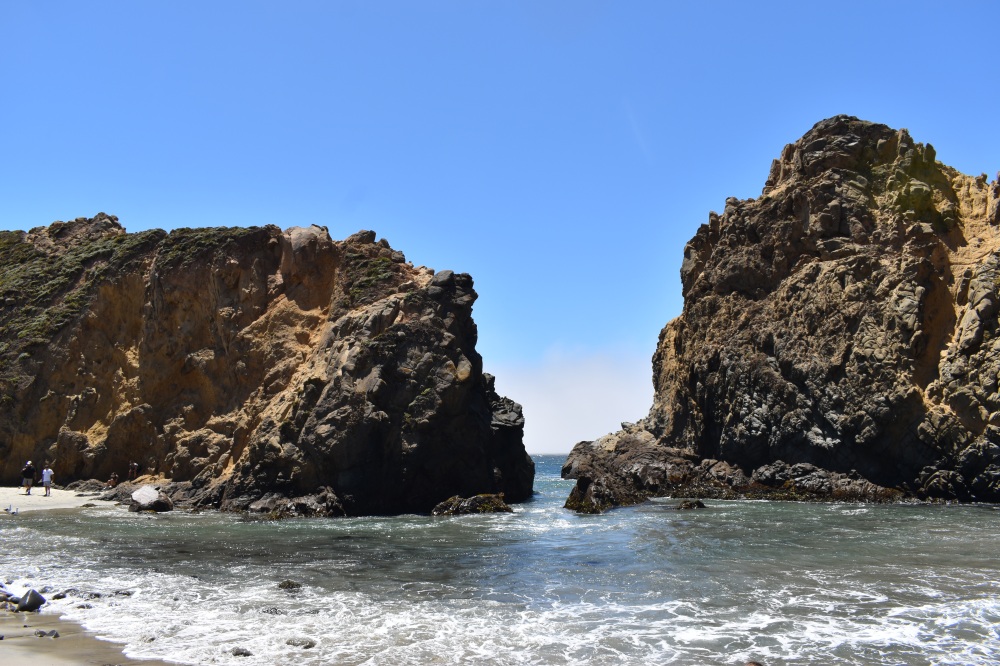 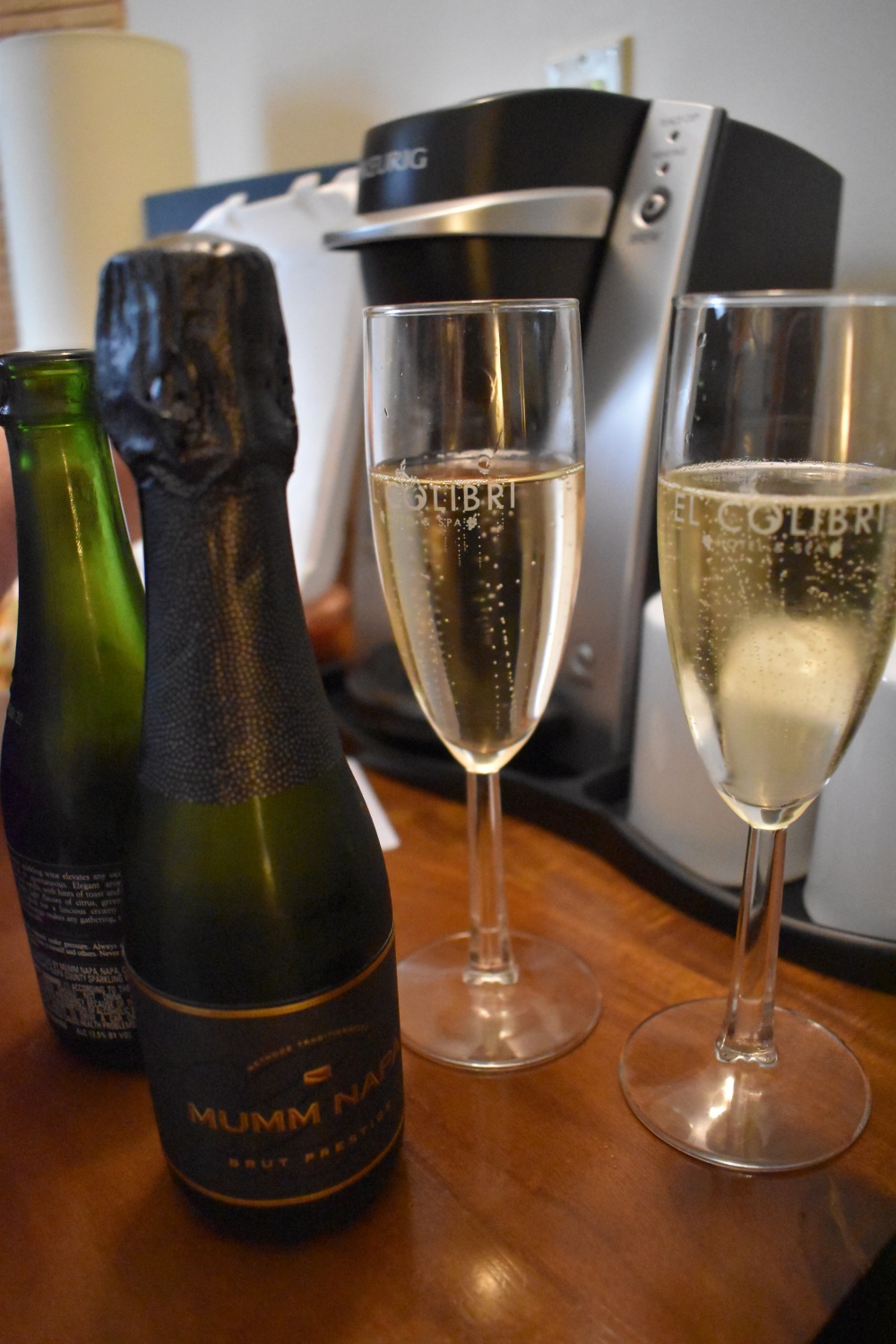 That night, we drove to Cambria, a super cute town where we stayed overnight at El Colibri Hotel & Spa. This would’ve been a great place to relax for a day – we just didn’t have enough time! Our hotel was one of the only ones in town, and had a wonderful hot tub for us to enjoy. There was a walk to Moonstone Beach which I wish we had taken advantage of, and bikes to bike around town. We had a delicious taco dinner in town, which was across some old train tracks. A few minutes north, we stopped by Piedras Blancas, which has a huge colony of elephant seals. You can get really close to the beach, and it’s magnificent seeing them bark at each other and roll around! 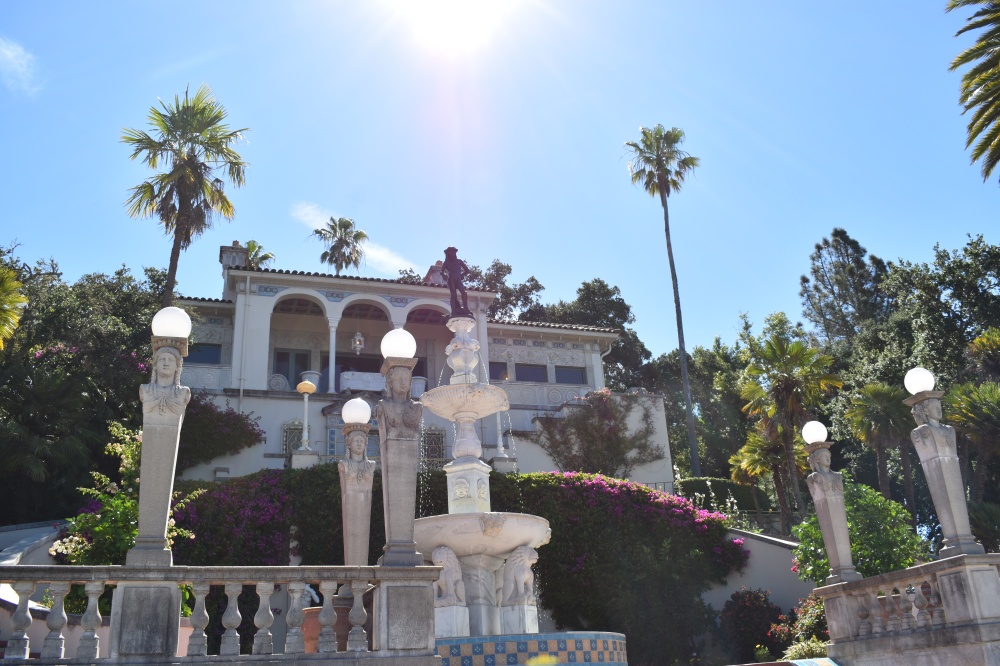 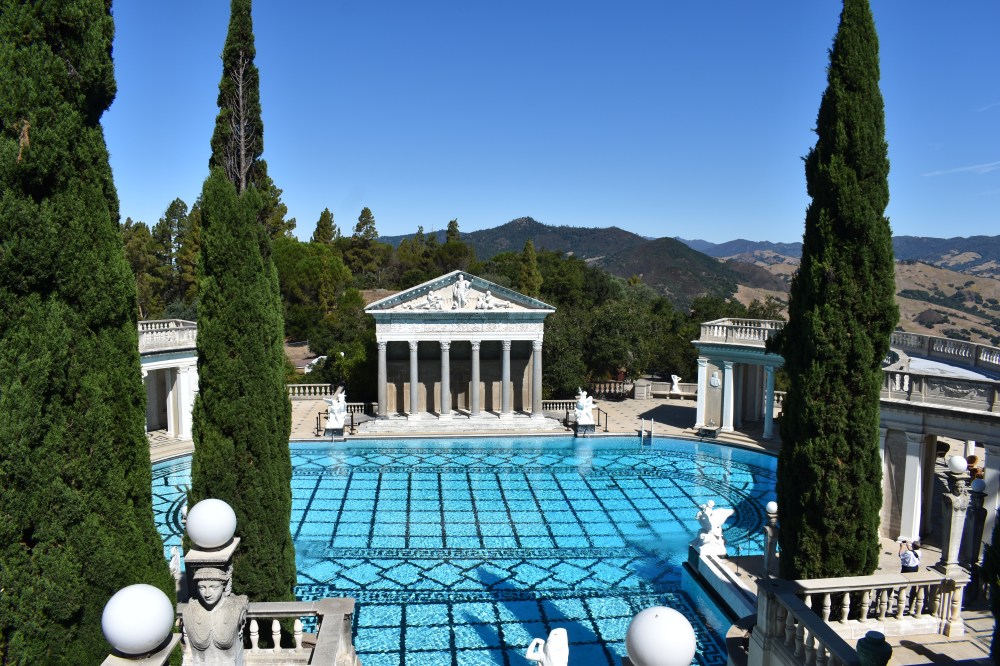 You can see the castle driving into Cambria, as it’s situated on top of a hill overlooking the entire area. This was pretty expensive to visit ($25 pp for a tour), but the grounds are beautiful and the castle so isolated – you drive to the Visitor’s Center, but then have to board a shuttle up the winding paths to the castle. It was fun imagining how it would’ve been like to be an invited guest of Hearst himself back in the day – apparently these days the castle is still used for family affairs such as weddings. 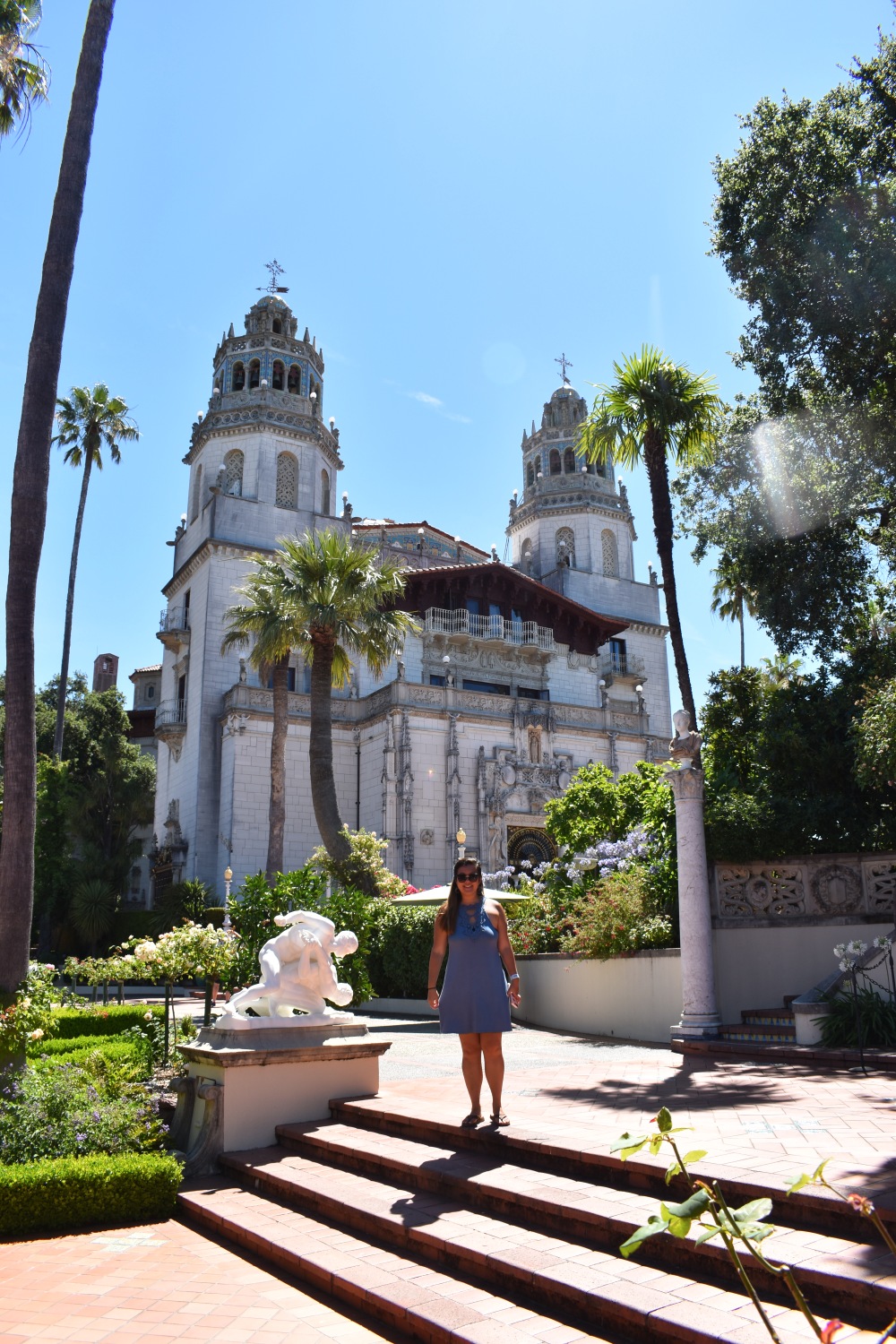 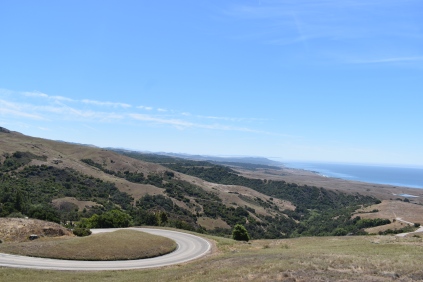 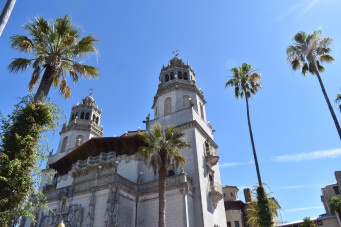 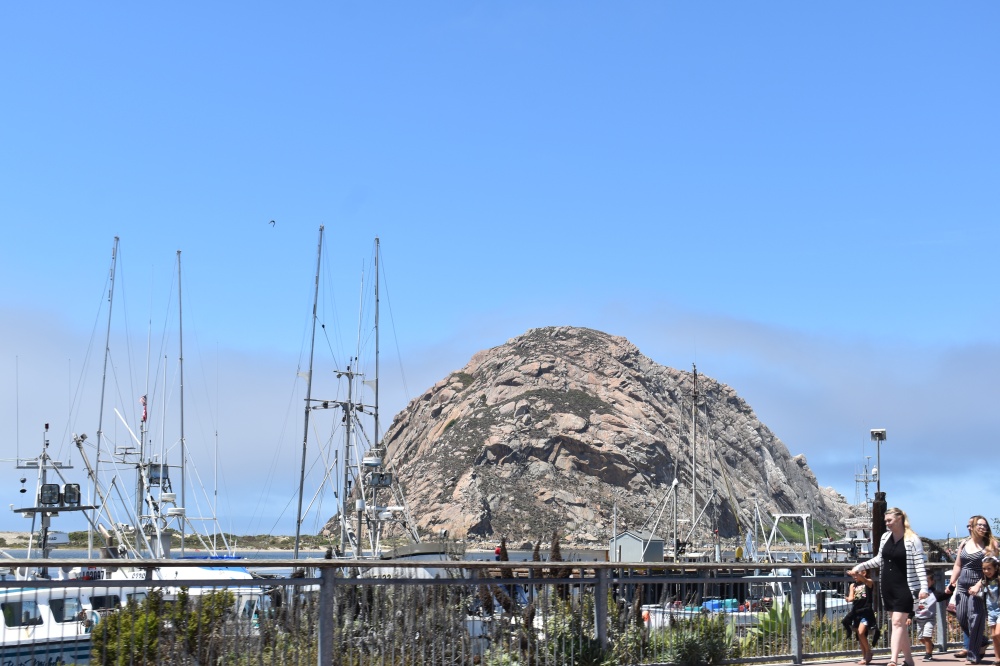 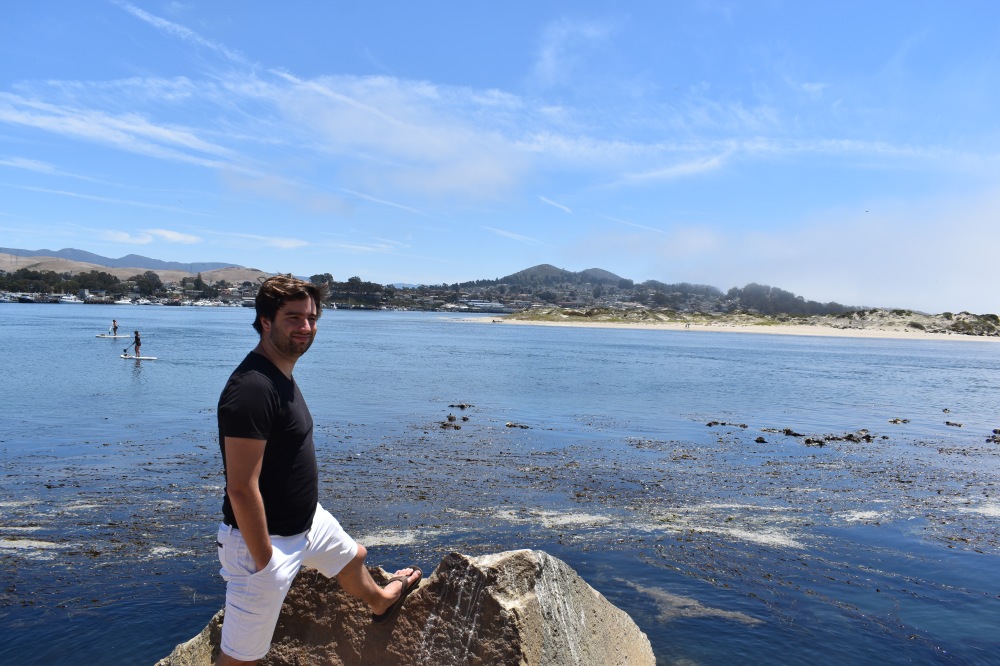 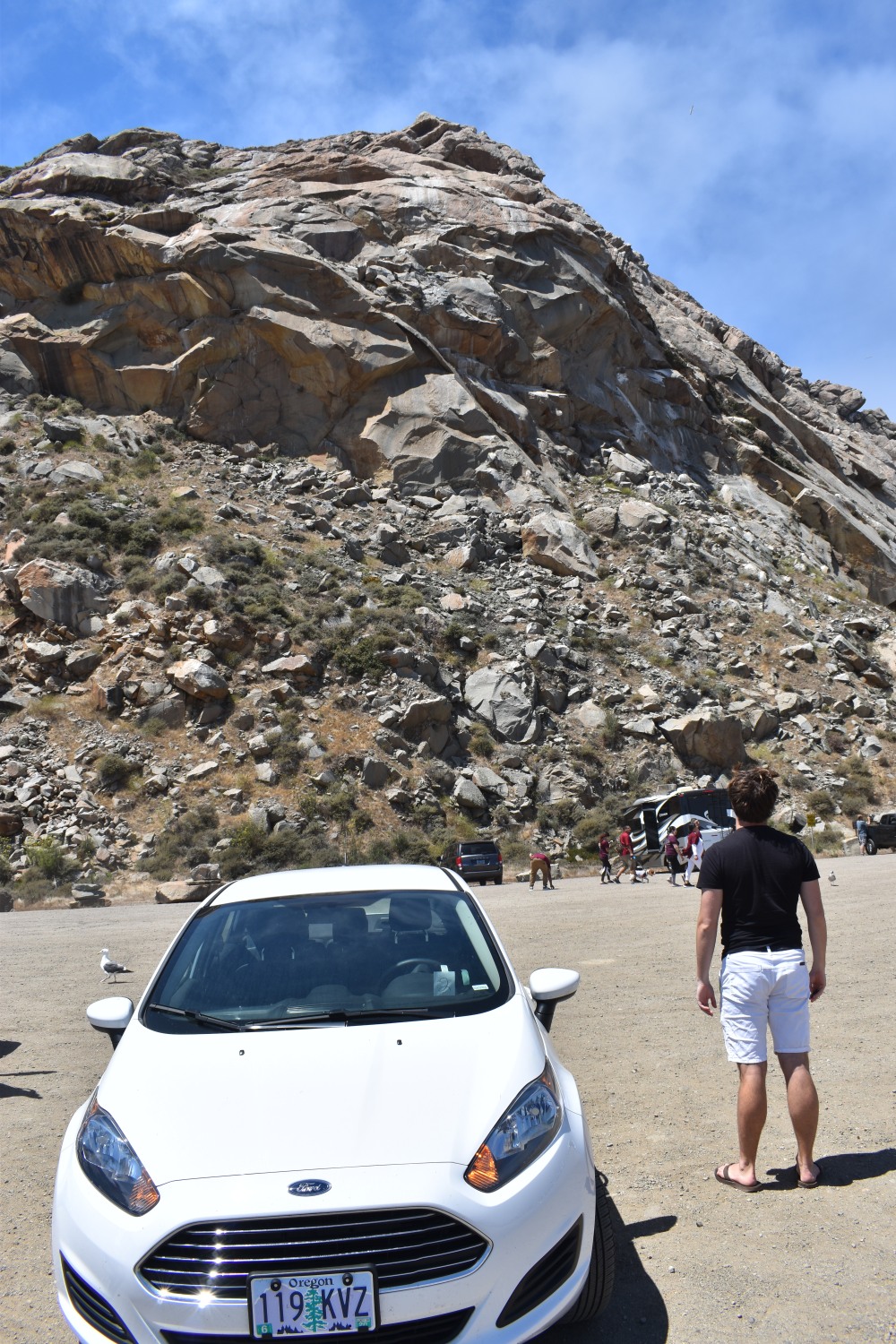 These were really nice little beach towns that we drove through. One of the coolest stops we visited was Morro Rock, which is a giant rock thing that very abruptly rises out of the water. We saw a bunch of wild otters here! We tried to stop for lunch in Pismo Beach, but parking was abysmal and we missed out here. 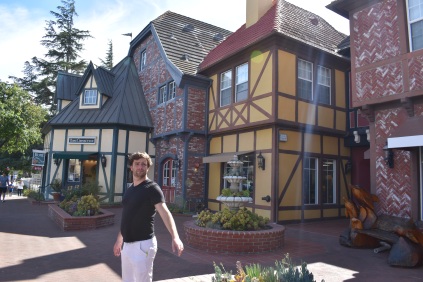 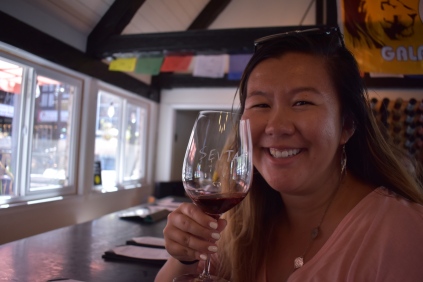 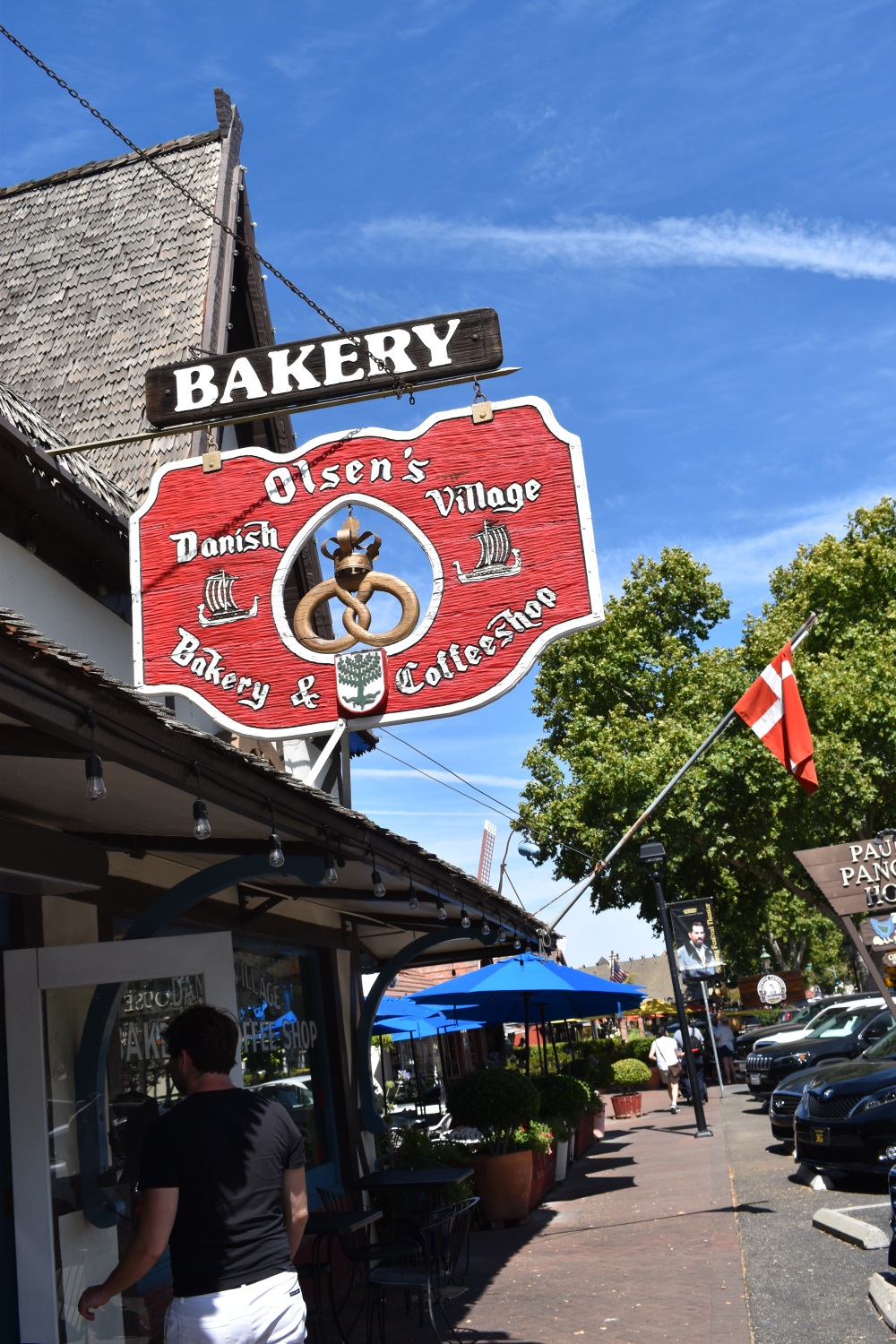 Solvang was this random Danish town, farther inland from the coast. We had some nice wine tasting here and enjoyed wandering around the town and eating pastries. We also drove through the Santa Ynez mountains and had some nice easy hikes through land that slowly transitioned from green forests to desert landscapes. 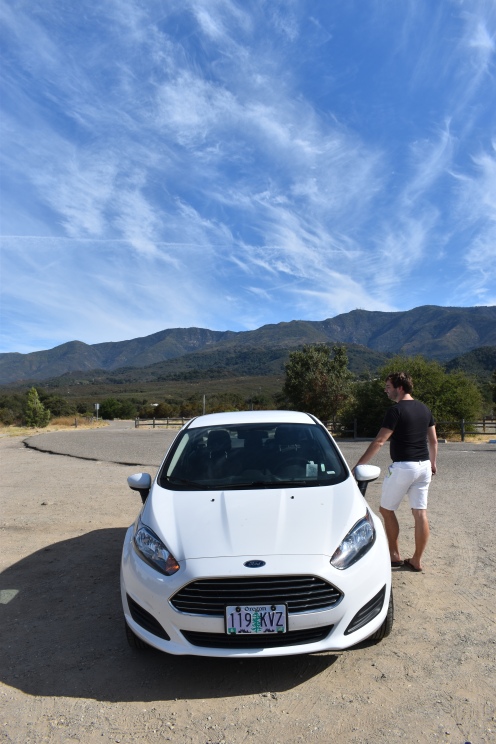 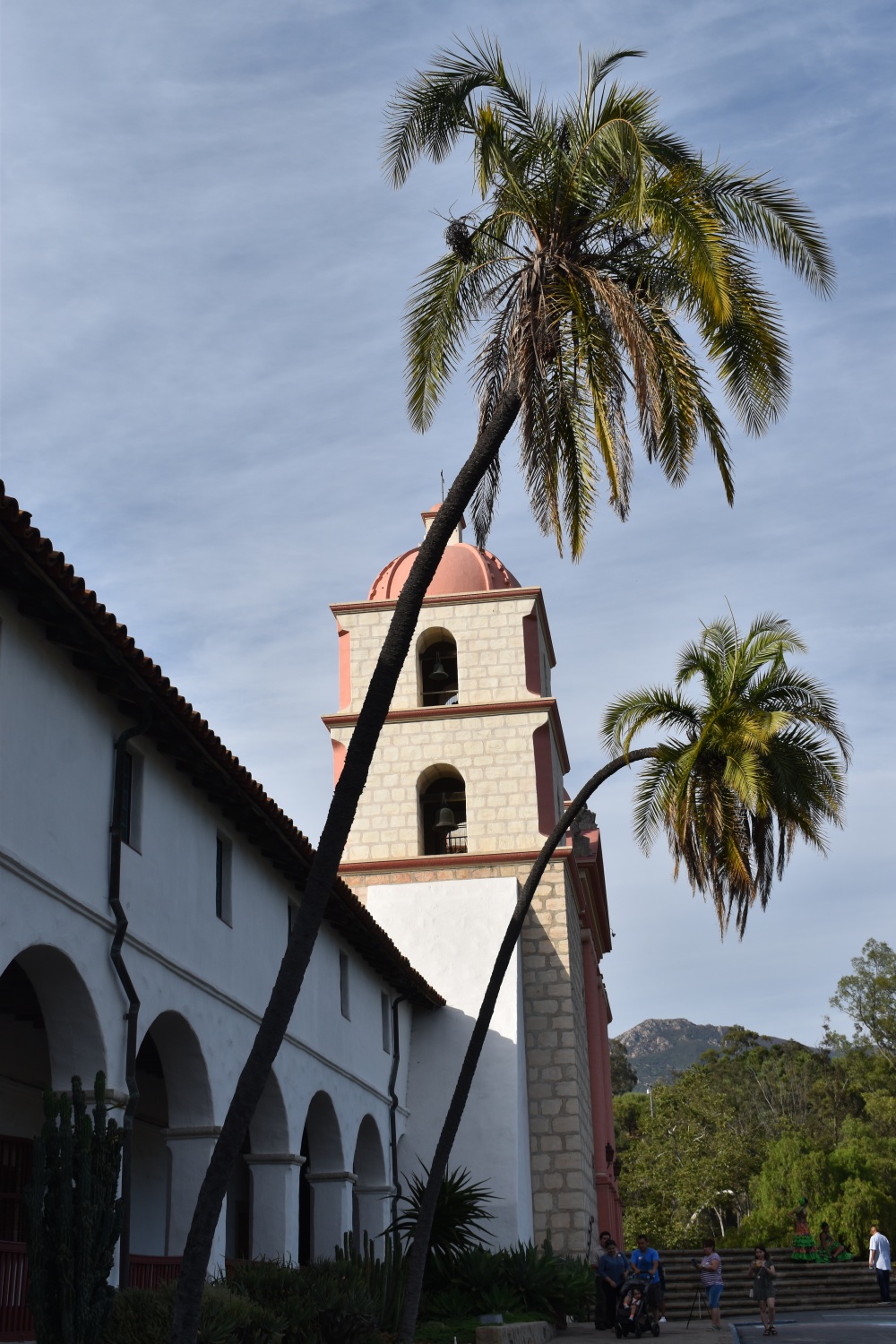 Ah, SoCal. I think I’m a SoCal girl at heart, but only on vacation because I think I’d miss seasons and green forests! We had delicious tacos at La-Superia Tacos and visited the mission. After a wonderful dinner, where I had to take away leftovers, we drove to sunset to the LA area. We spent a solid 3 days in the LA area – Malibu, Catalina Island, and Disneyland, so I’ll put together a separate blogpost for those magical days! 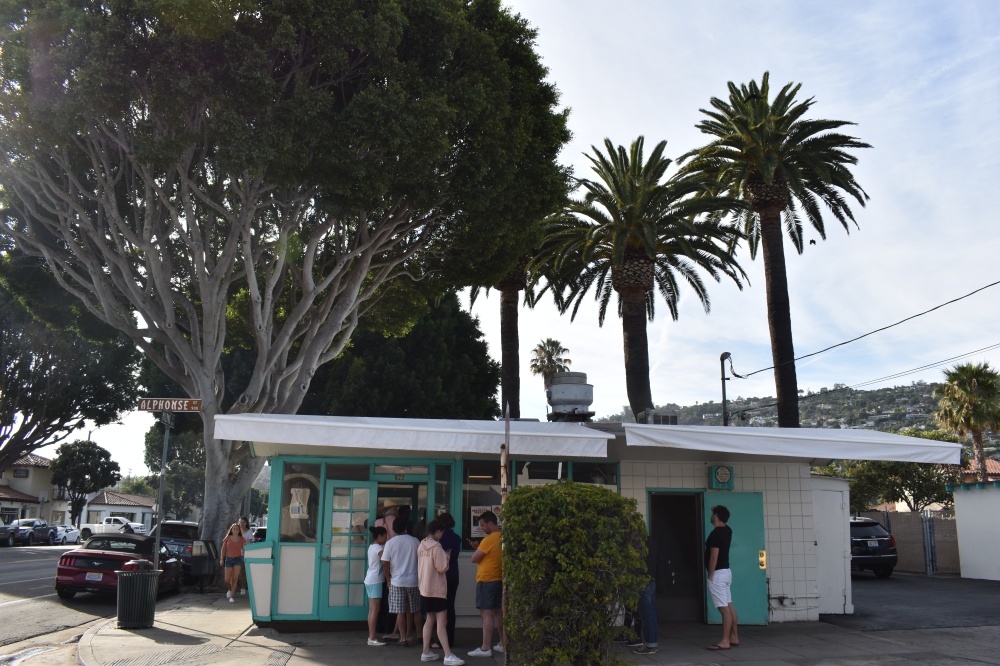