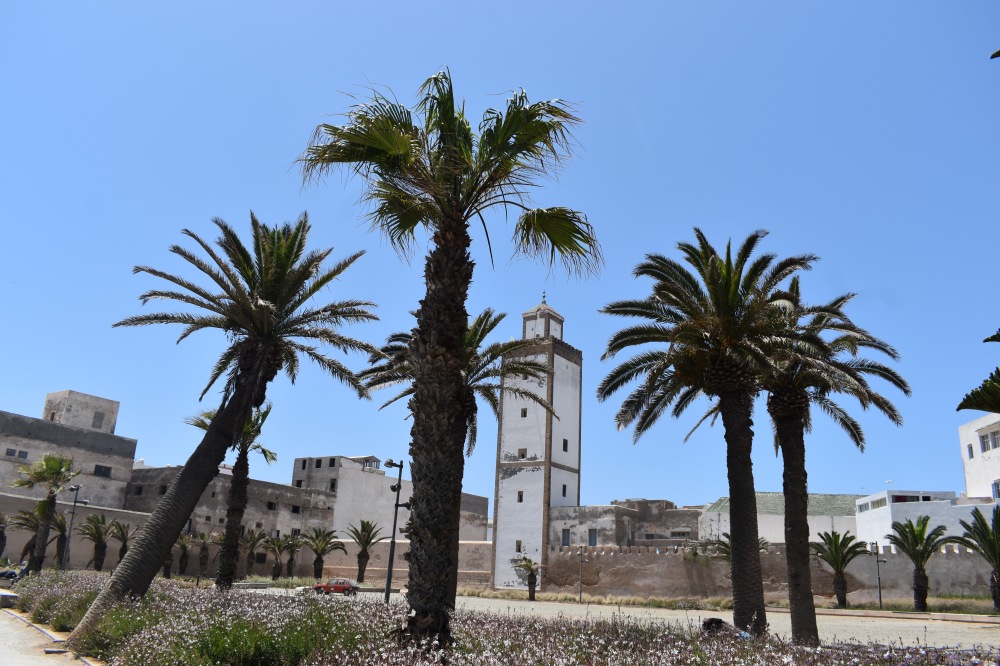 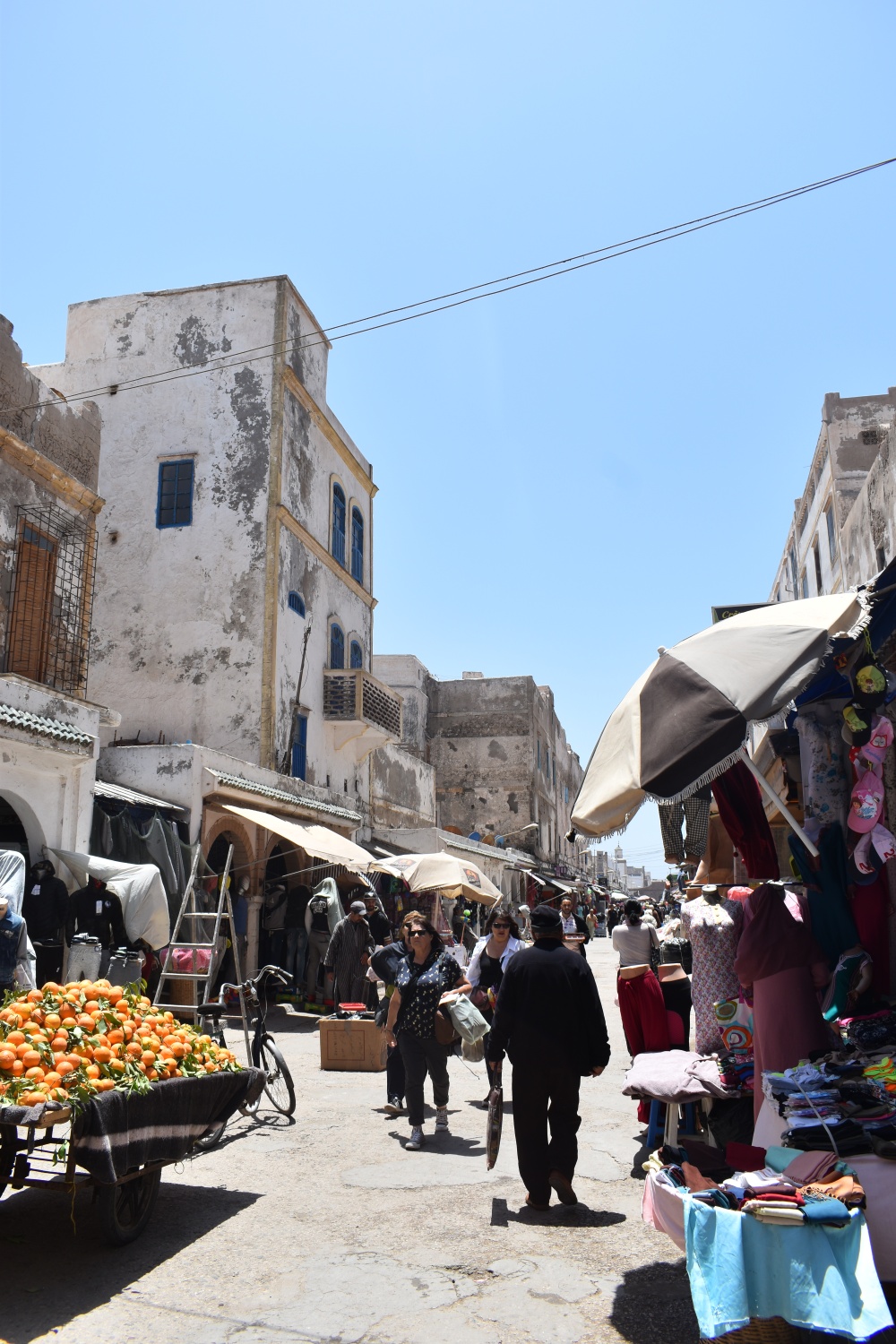 I really have to be better about posting these blogs in a timely manner! At this point, our Morocco trip was over a month ago, and I’m on my way back from a 4-week long trip to Asia (India, China, Taiwan, and the Philippines – blogposts coming soon, hopefully). I’ve been really lucky to be able to take all these amazing trips this year – this might be the most non-work related globetrotting year yet, and it’s only July. In January I vowed that this year would be the “YOLO” year – take as many trips as possible given my work schedule, since I will be starting bschool next month for the next two years and will be on a poor student’s salary again (sigh). But then I realized that bschool is notorious for traveling all around the world for various “global courses”….so perhaps this plan is thrown out the window. Either way, post-bschool I think I’ll be ready to start ~settling down~, i.e. save up a ton of money since M will be in his last (hopefully) year of his PhD, and we can finally move /buy a house where we want to settle! This seems super far in the future, but these next years are going to fly by.

Anyway. Marrakesh was our last stop of M.Co and I’s week-long trip to Morocco, as the last stop of our Sahara Desert Tour. I actually ended up liking Marrakesh quite a lot, after I experienced a hamman one day. The city is super chaotic and just -a lot-, but I did enjoy it the most out of most cities in Morocco because it is walkable, and I didn’t feel unsafe. It’s pretty touristy at this point, which was good for two female travelers (in Fes we couldn’t even leave our hotel after 6 PM), but not great if you’re looking for an “authentic” experience. 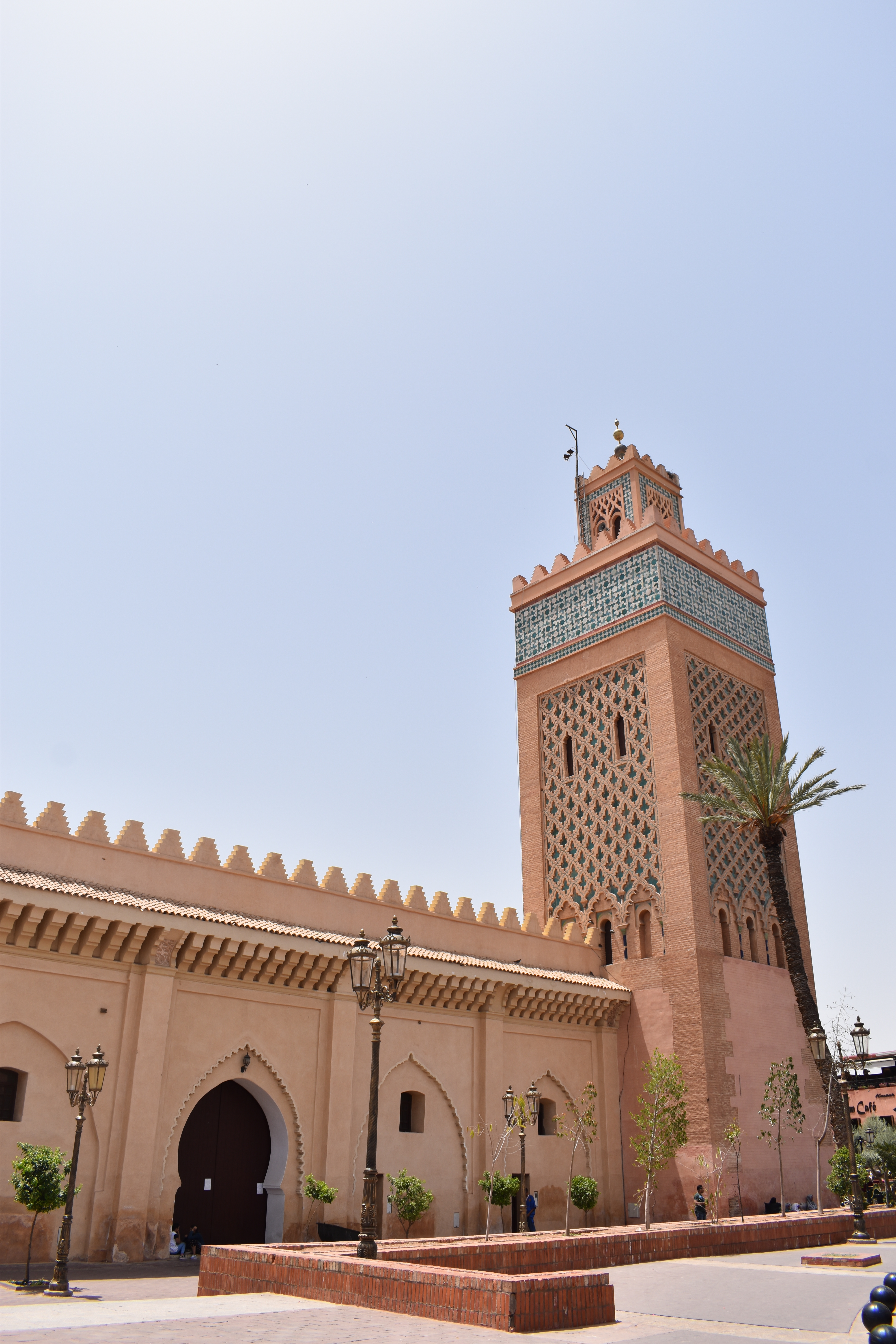 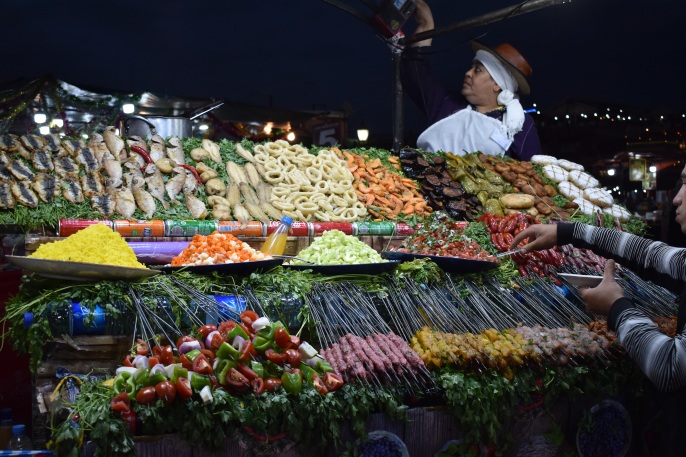 There are so many colors and smells in the city, and we walked so much just exploring the medina. We stayed right in the middle of the Medina, a 13 minute walk from Jemaa el-Fnaa, which is the main square that comes to life at night with various food carts, and leads to the souks. A good portion of our time in Marrakesh was simply walking around the souks and browsing. Beware of taking photos though – it’s pretty rude to take a photo without buying anything, and everyone will be trying to hawk their wares. Also, don’t talk to anyone in the square selling henna or monkeys or snakes….they are pretty aggressive. A henna lady almost forcibly put (low-quality) henna on us, and at one point a guy put his monkey directly on my shoulder in an effort to get me to pay. 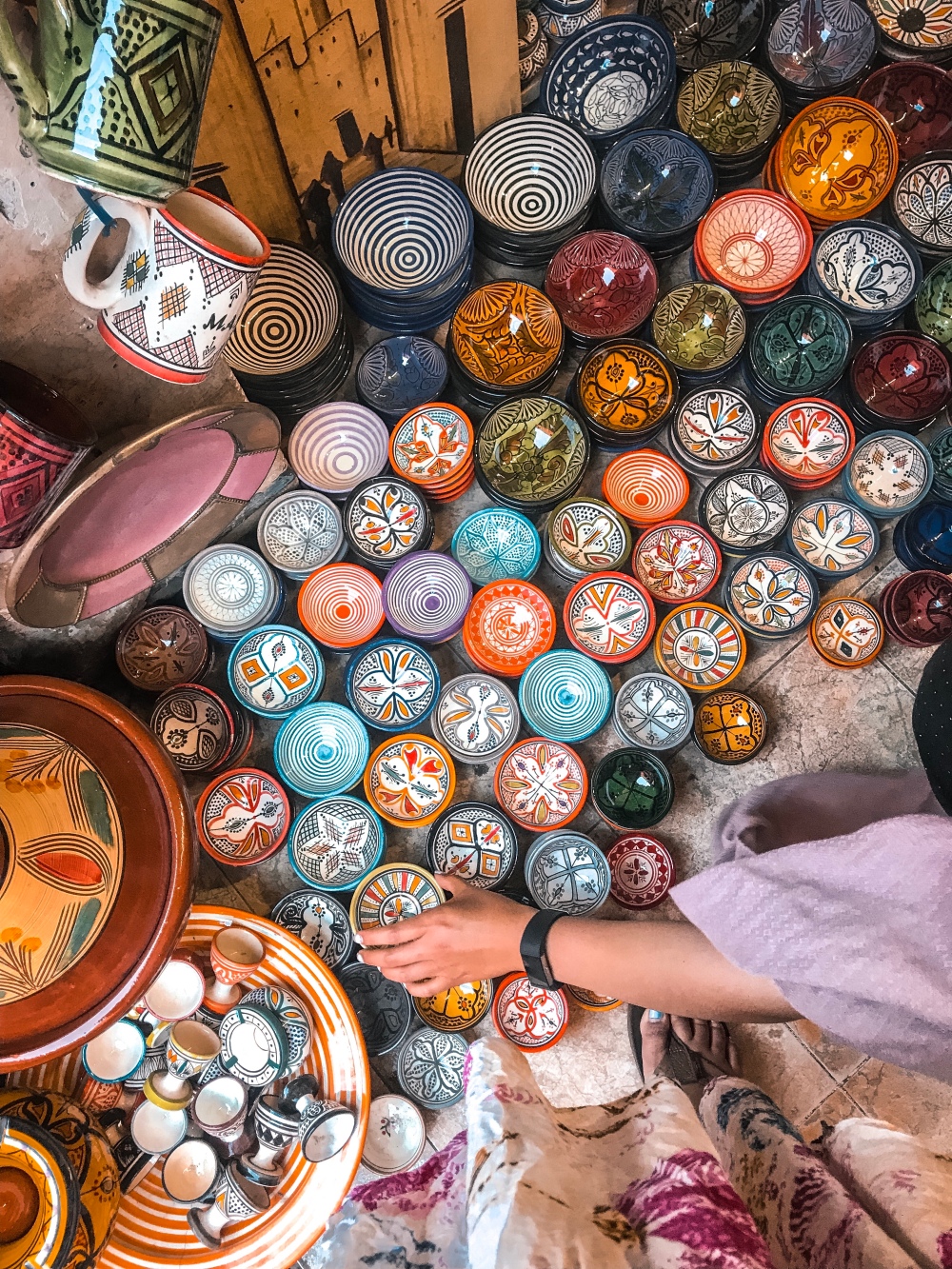 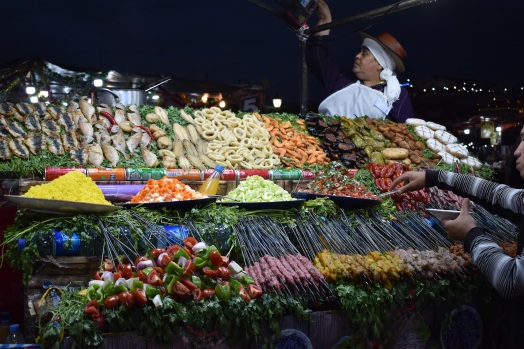 After a day of exploring the souks, a hamman was an amazing experience to rejuvenate. I chose to do a nicer “spa” version rather than the local version, and so was able to get privacy when getting scrubbed down by a lady. It felt like someone giving me a really harsh bath – but my skin was SO soft afterwards! I went to Kosyspa, which was right in the medina, and I highly recommend for the ambiance, price, and pool.

There were some other sites in Marrakesh which we carved out time to see – of course, Jardin Majorelle, which was great but nothing compared to Chefchauoen. We arrived around 9 AM (an hour after opening) and the line really wasn’t too bad. Bring a student ID for half discount! 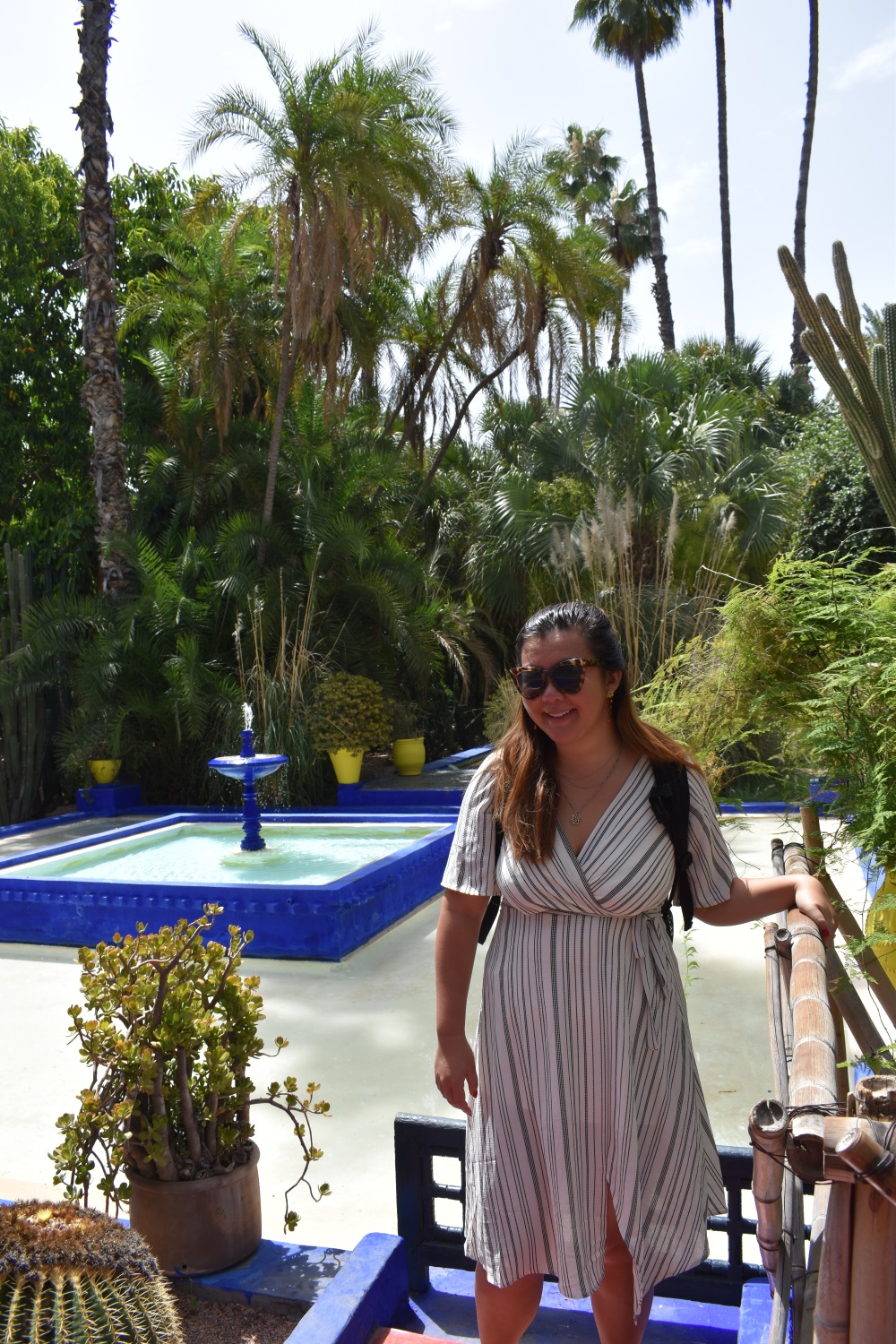 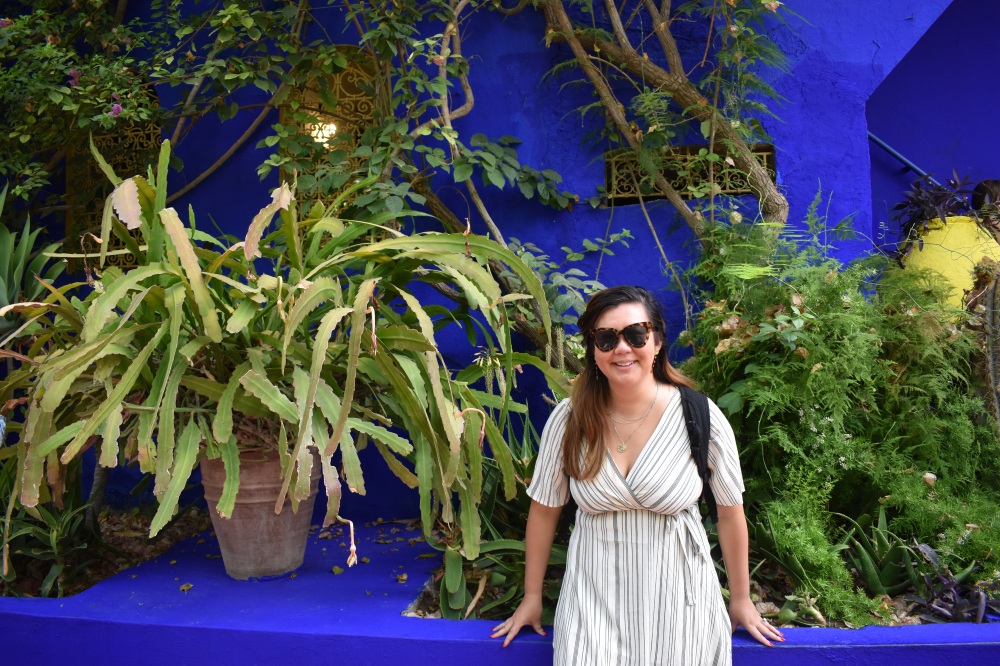 I highly enjoyed the Bahia Palace and El Badi Palace, although I do wish there were more signs (in English) to explain the history behind these beautiful places better. We also visited the Saadian Tombs, which were cool but I don’t really think worth the same admission price as the palaces. Plus it’s just a few tombs without any descriptions. 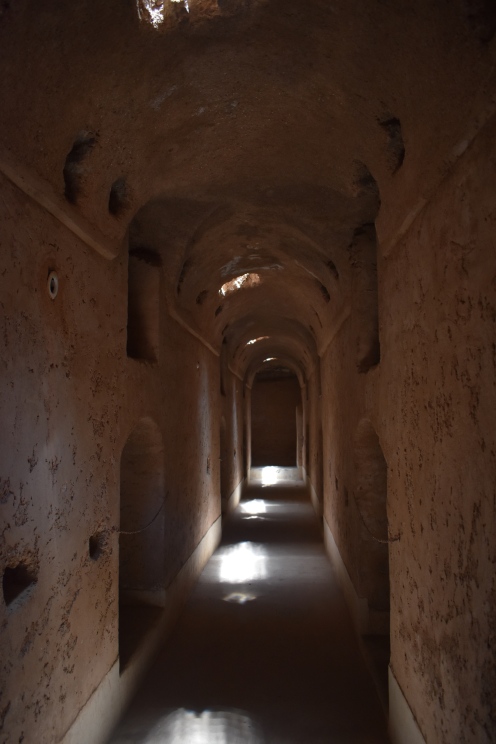 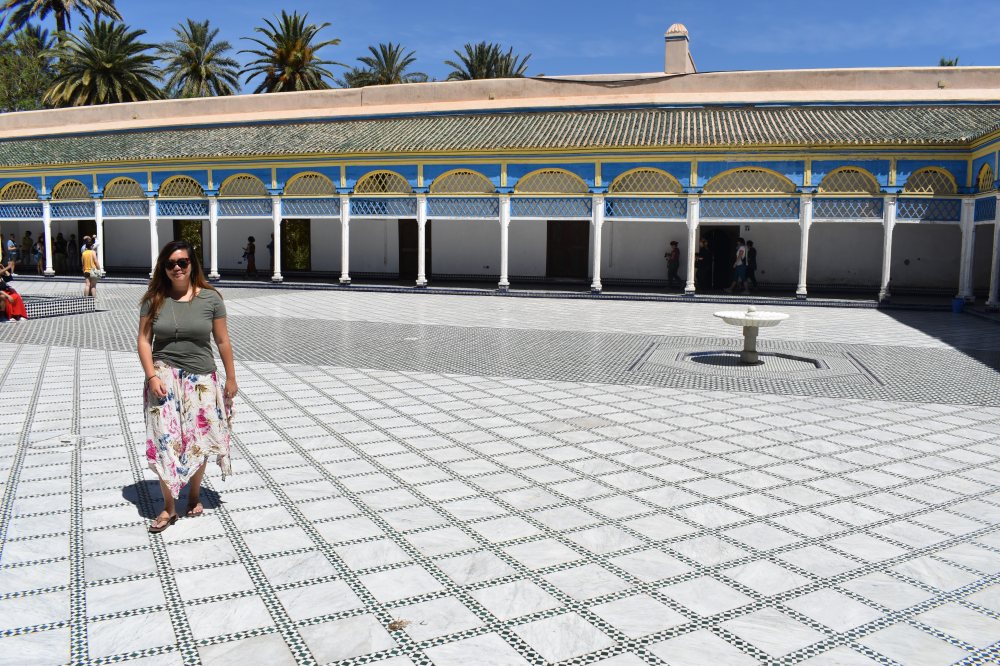 We also visited Le Jardin Secret, which was in the middle of the medina. We had some great romantic meals; we really enjoyed our meal at Nomad – not necessarily for the food, but making a reservation in advance for the rooftop for a sunset dinner, especially during Ramadan, was really amazing. Unfortunately we missed out on music/story night at Cafe Clock, but it looked really cool and a bunch of our fellow travelers highly recommended it!

One of the days we made a day trip to Essaouria. After all of our driving through the desert and to Chefchauoen, the 2 hour drive was a breeze! I do wish we had longer than just a half day here though – it was pretty fun wandering around the city, and since it’s a beachside town, everyone is much more chill. Plus with longer time, we would’ve been able to partake in beach activities. Essaouria was also one of the filming locations for Game of Thrones, so that was fun to recreate the photos 🙂 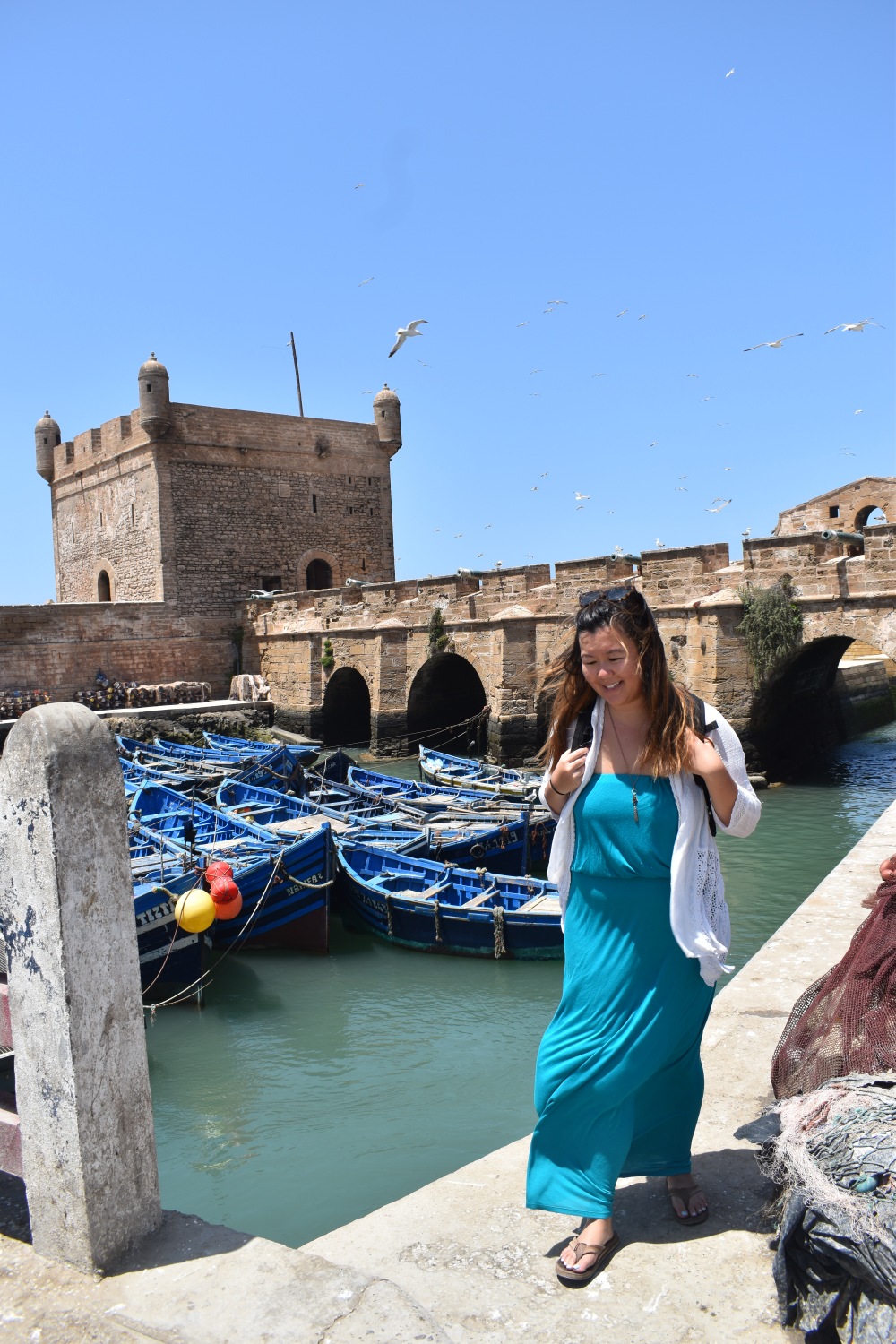 We almost took the bus, but since we were worried about getting tickets in time,  reached out to a local tour company for shared van transport that cost pretty much the same price as a round trip bus ticket. One fun part of taking a “tour” to Essaouria was stopping by the goat trees. The tree the bus stops in front of was clearly staged, although the goats aren’t harmed in getting them up the trees. As we drove through the countryside however, I did see real goats climbing trees freely to eat argan fruit…so it’s actually a thing! Just not as staged as the bus stop makes it seem. 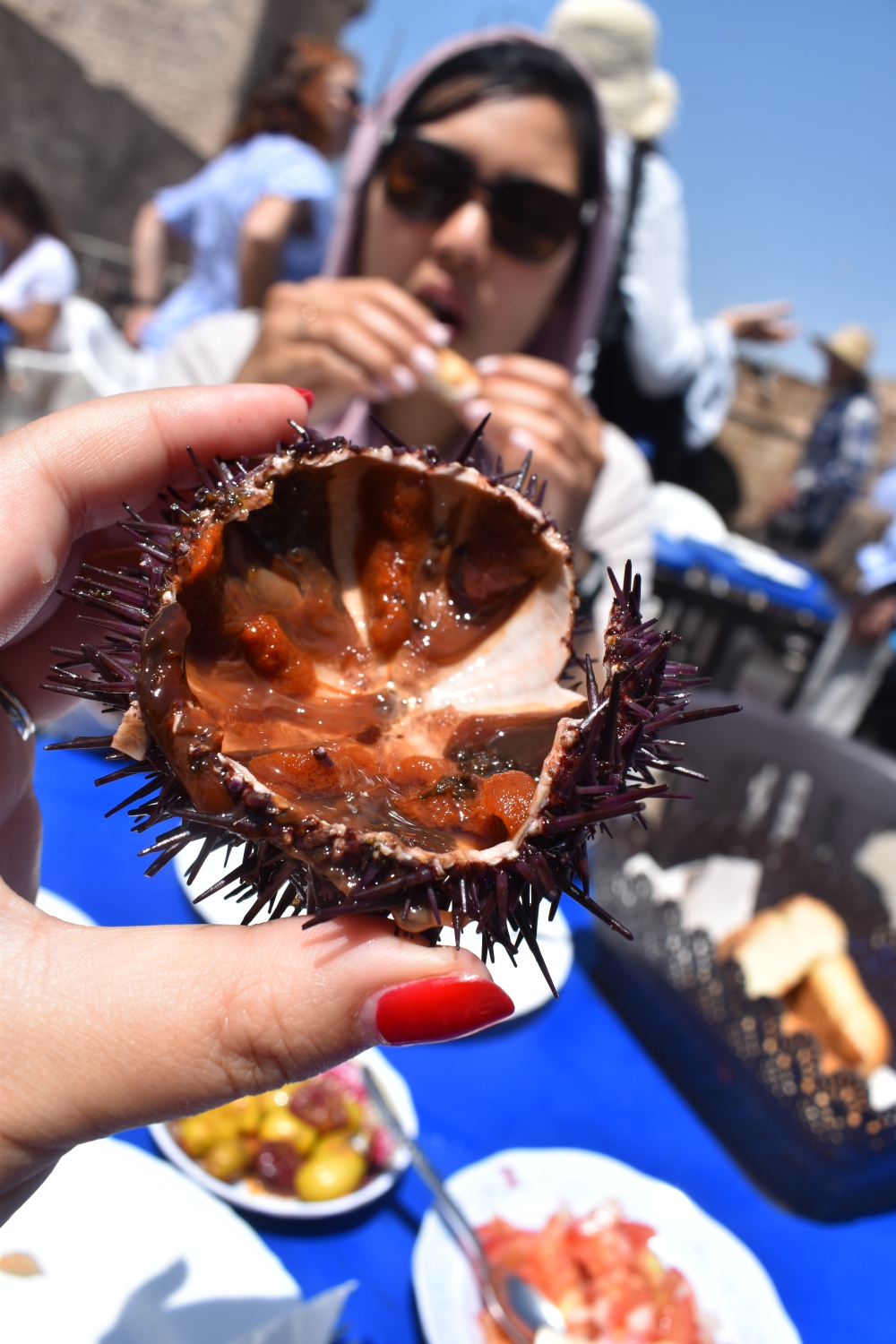 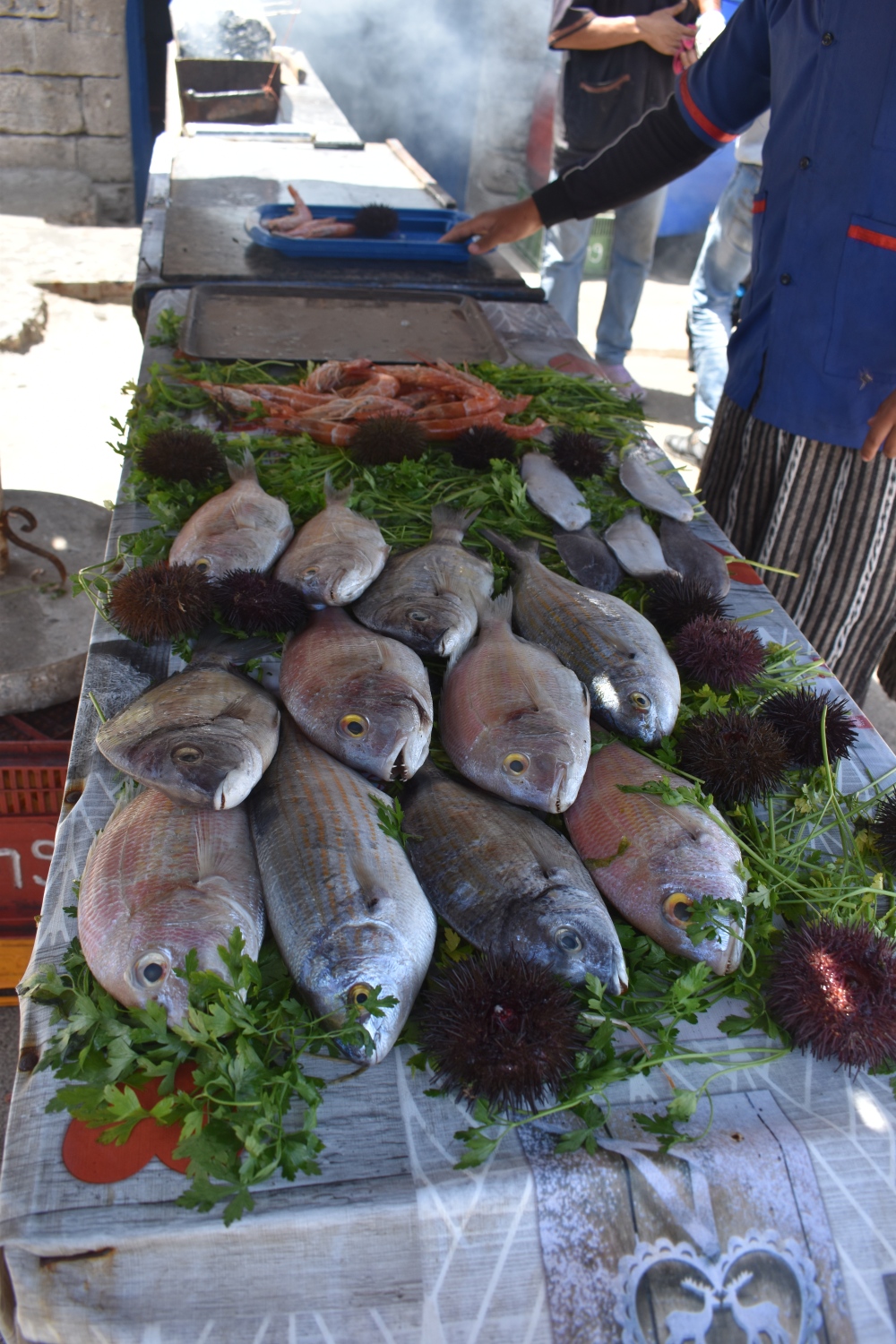 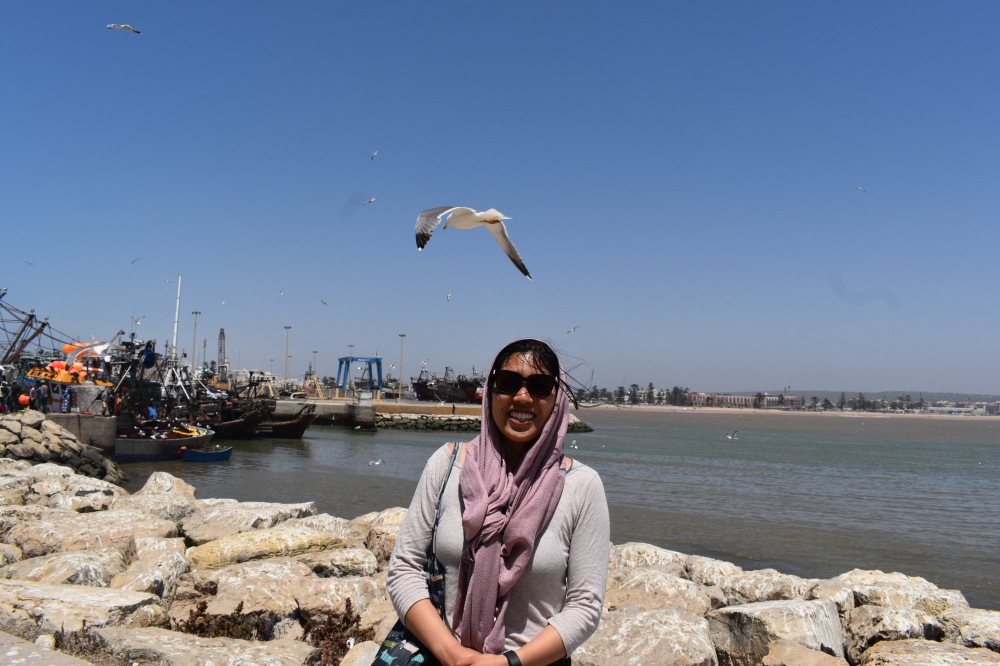 We had a wonderful time – and didn’t hate each other after a whole week together! Looking back at these photos over a month later, it’s truly amazing how many beautiful things we saw – I suppose photos capture the best of every trip. We are already planning our 2020 trip together 😉 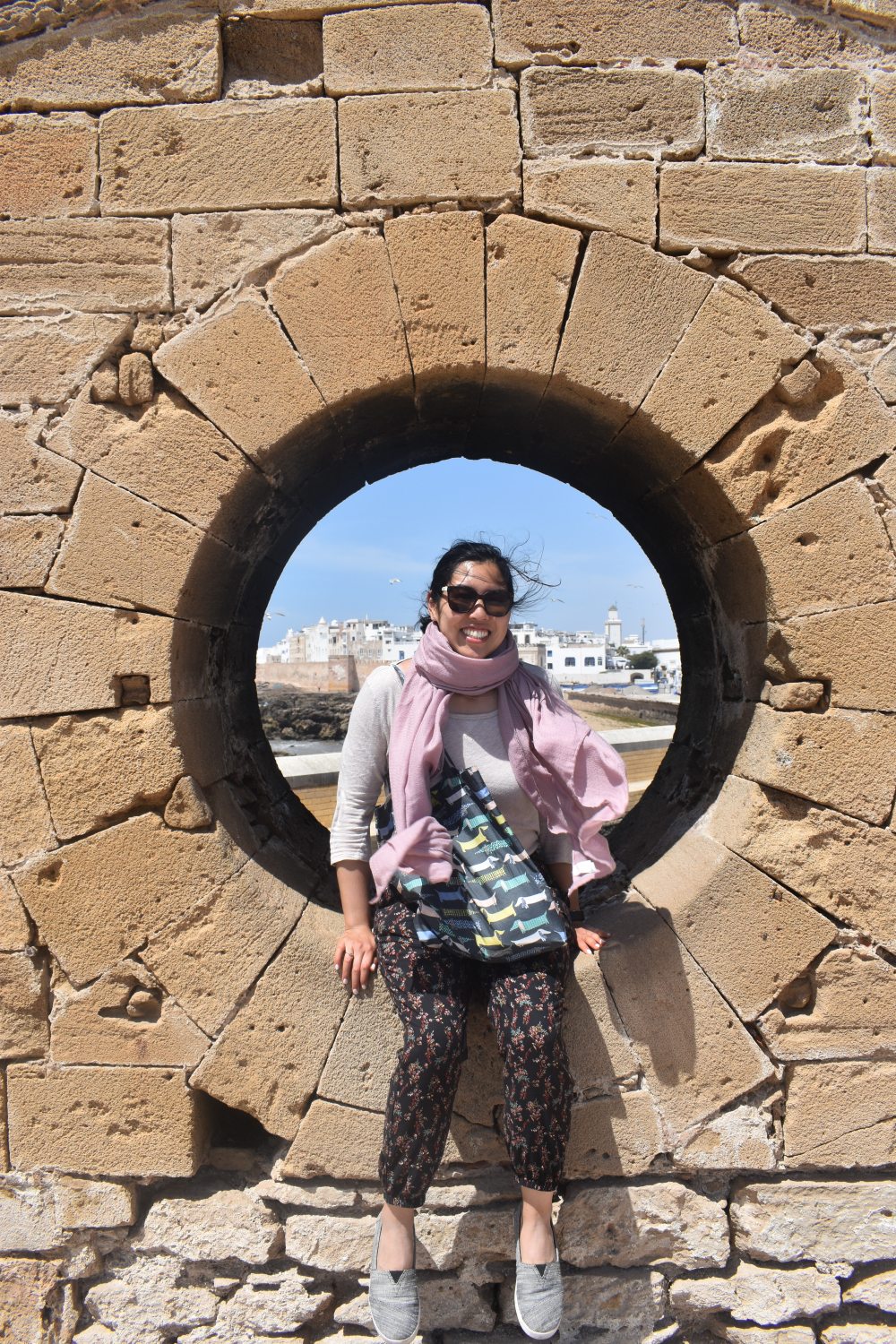