This was the first trip in a while that I took just for fun. It started with MF visiting NYC a few months ago and us joking about going to Disneyland (since we both loved DisneyWorld), and actually making it happen with a bundled trip to LA! I haven’t really visited the west coast since I like taking short trips (and therefore have really only done trips within a 3 hour flight of Philly/NYC in the US), but I had some time and decided to go visit LA for the first time on a long weekend.

Since it’s a pretty far flight for me, I took a few days before MF and TX came and explored the area on my own. After a long flight, I arrived mid-morning to a beautifully sunny LA. After a pretty expensive taxi ride from the airport to my AirBnB, I dropped off my bags and went off to explore the coast! 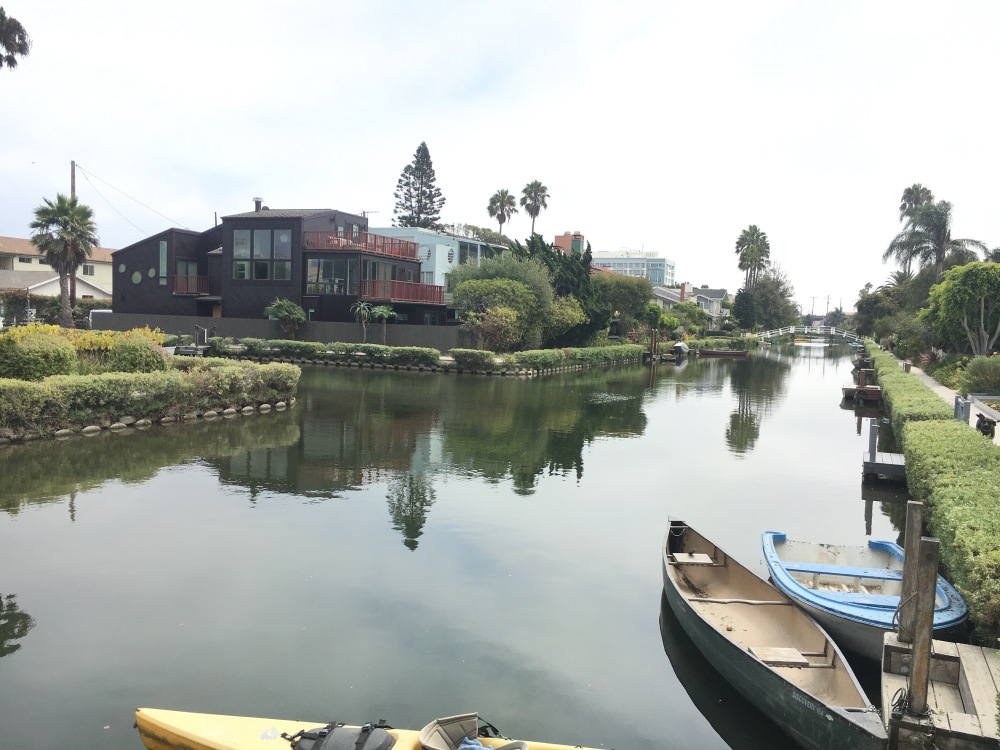 First stop was In-N-Out burger for lunch since I hadn’t eaten all day. I thought I would be able to walk over a few streets since it looked close on the map, but LA is SO spread out. I took an UberPool for only $1.83 and got my first meal of the day- a double cheeseburger with animal-style fries, to check out the hype. Unfortunately while the cheeseburger was fresh and the meal was cheap, the fries were very mediocre – and I couldn’t even finish it because of the animal sauce!

My next stop was checking out Venice Beach & Santa Monica. The rest of the afternoon was spent checking out Venice Canals, lazing around on Venice Beach (and got a slight sunburn even though it was cloudy…), and renting a bike to ride along the boardwalk between Venice and Santa Monica. It was a beautiful ride and breezy the entire time; while the beaches weren’t white sand beaches or anything, they were still vast and beautiful. 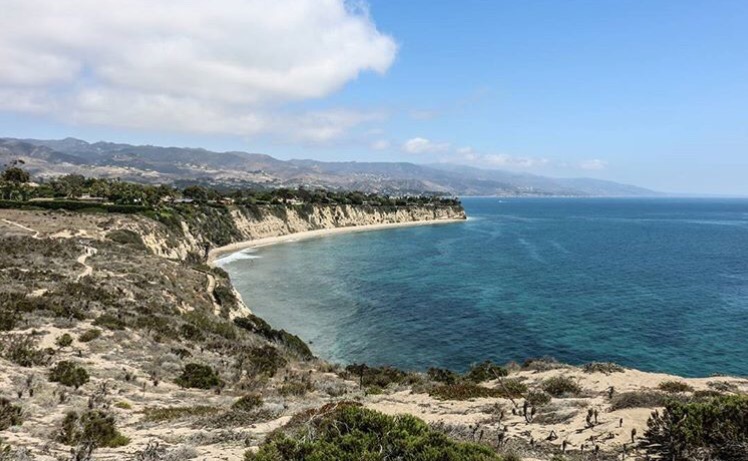 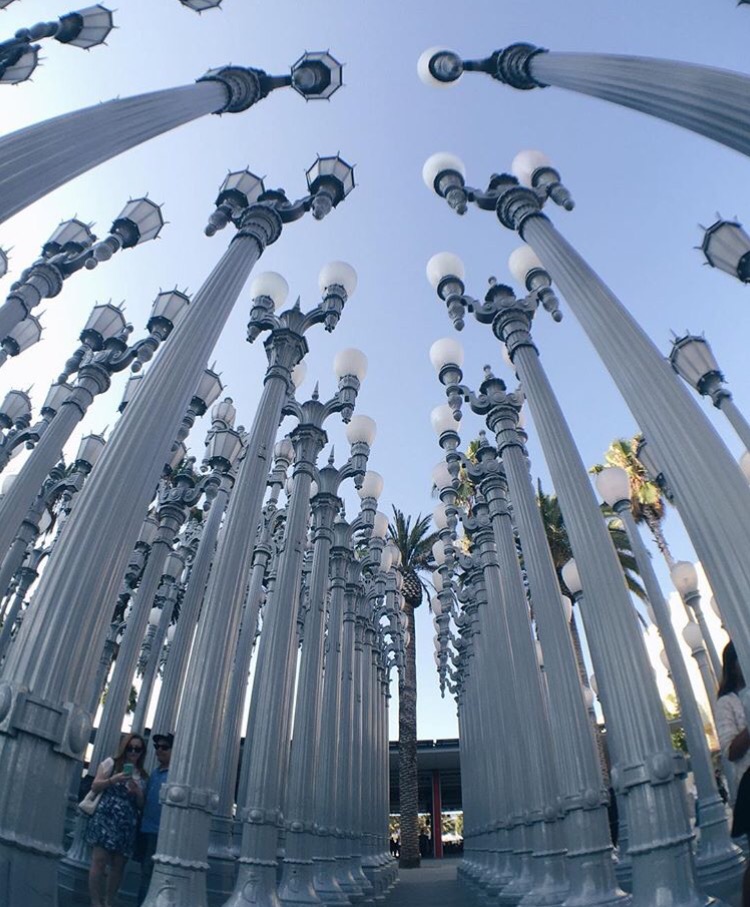 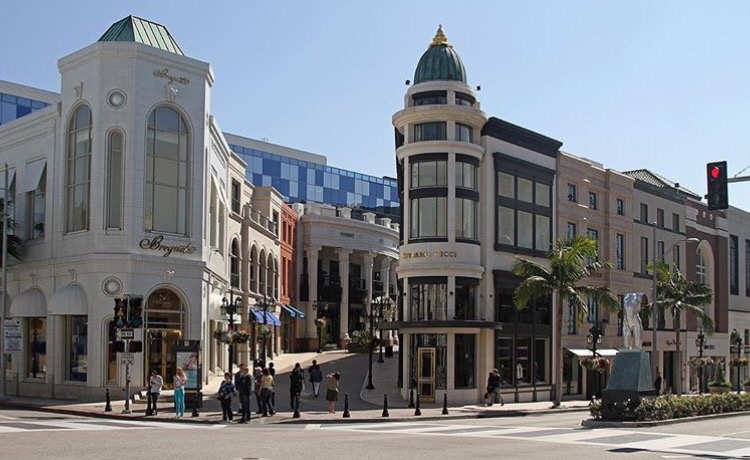 Rodeo Drive
At night I stopped by Beverly Hills and Rodeo Drive (again with Uber Pool) to check it out- quite an expensive area, but nice to pretend I had a bunch of money for a little while 😉 I then met up with a friend for dinner at the Plan Check – a great burger place near Little Osaka, and visited LACMA at night – only the outside part to visit the lights, as I didn’t want to pay to get into the museum.

The next morning I woke up very early since I was still slightly jetlagged, so I decided to make the most of the day and head down to Malibu. It was almost an hour drive, but only $13 to get there through UberPool. After morning of exploring the beach, doing a quick hike, and having some overpriced-but-delicious breakfast at Malibu Pier, I was ready to leave the beach and explore the rest of LA. First afternoon stop: Getty Villa – free admission, but you have to make a reservation beforehand online to get in.

The rest of the afternoon I wanted to try some stereotypical LA activities, such as going to the Hollywood Hall of Fame (where I also spent a terrible hour of my life visiting the Scientology-funded Anti-Psychiatry Museum). I also stopped by Koreatown, but then had to log into class in the middle of the afternoon. I wish I had more time at the beach, but then I had to beat rush hour and get to Anaheim in preparation for Disneyland the next day! 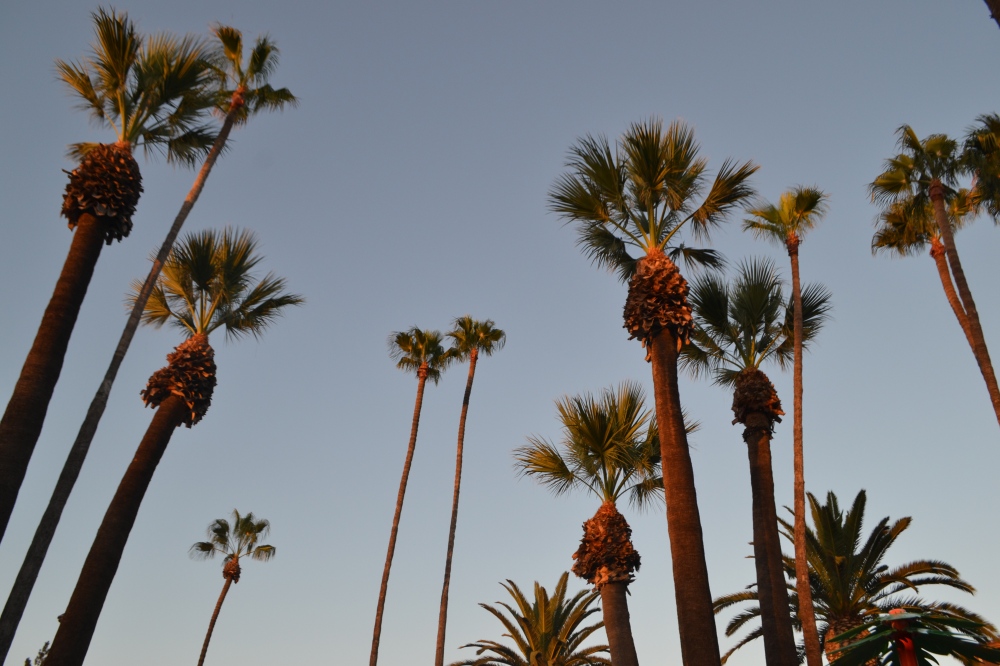 After a very long UberX ride, I dropped my bags off at the Disneyland hotel (Grand Legacy at the Park), visited the nearby beaches of Crystal Cove for sunset, and spent the rest of the evening eating and drinking on our rooftop bar and in the pool’s spa. MF and TX arrived that night, and we quickly fell asleep in anticipation of the next day. 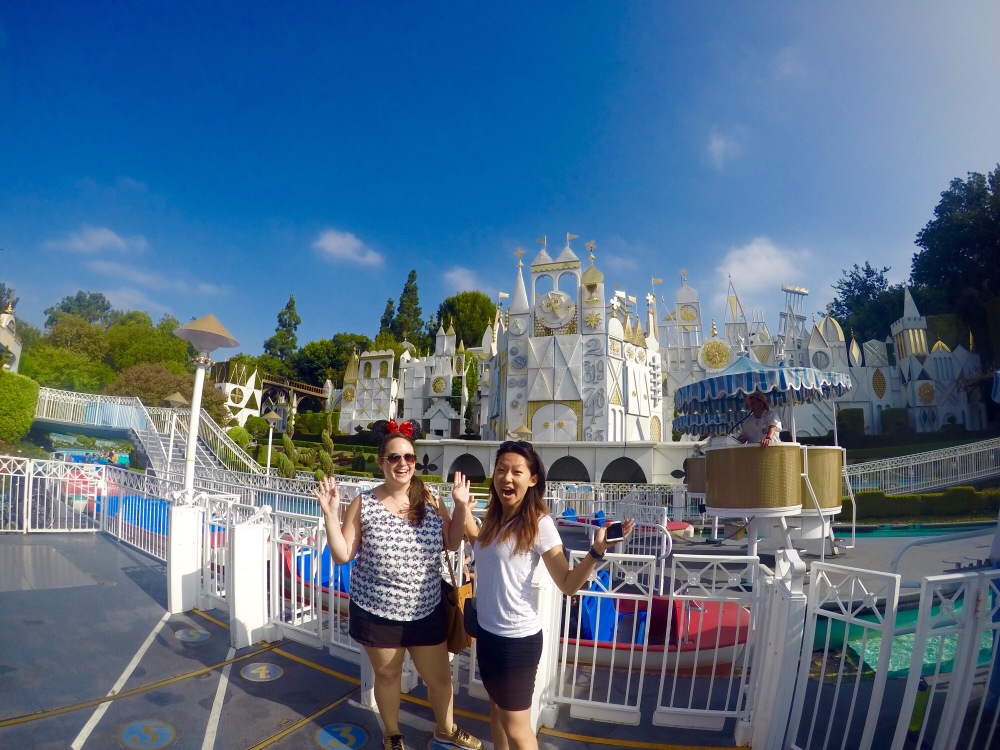 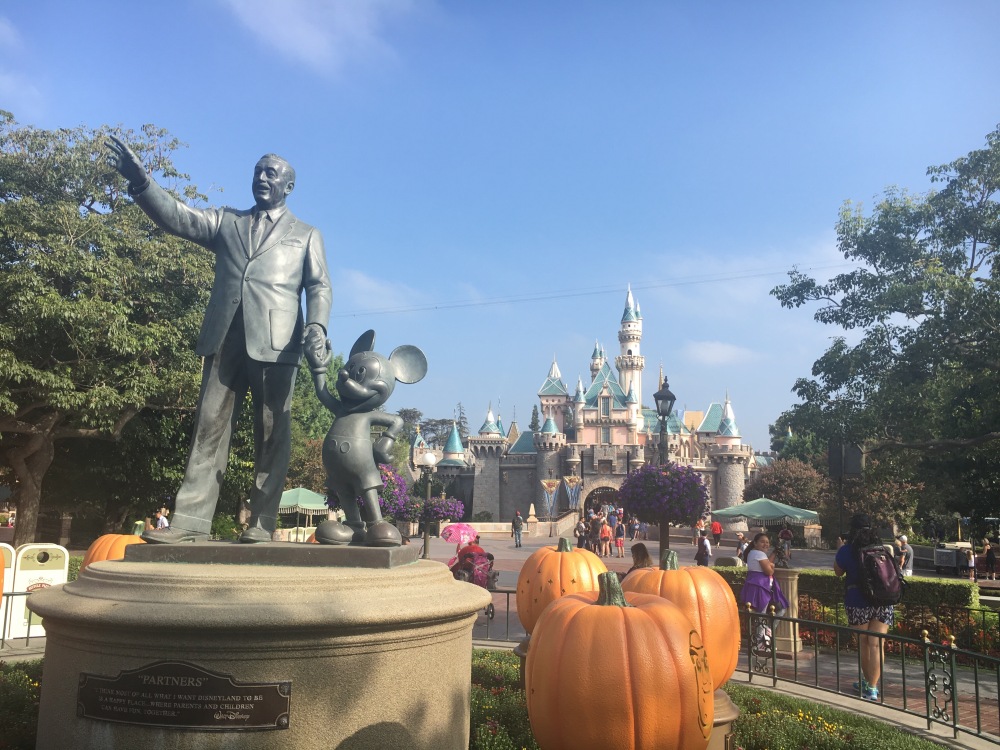 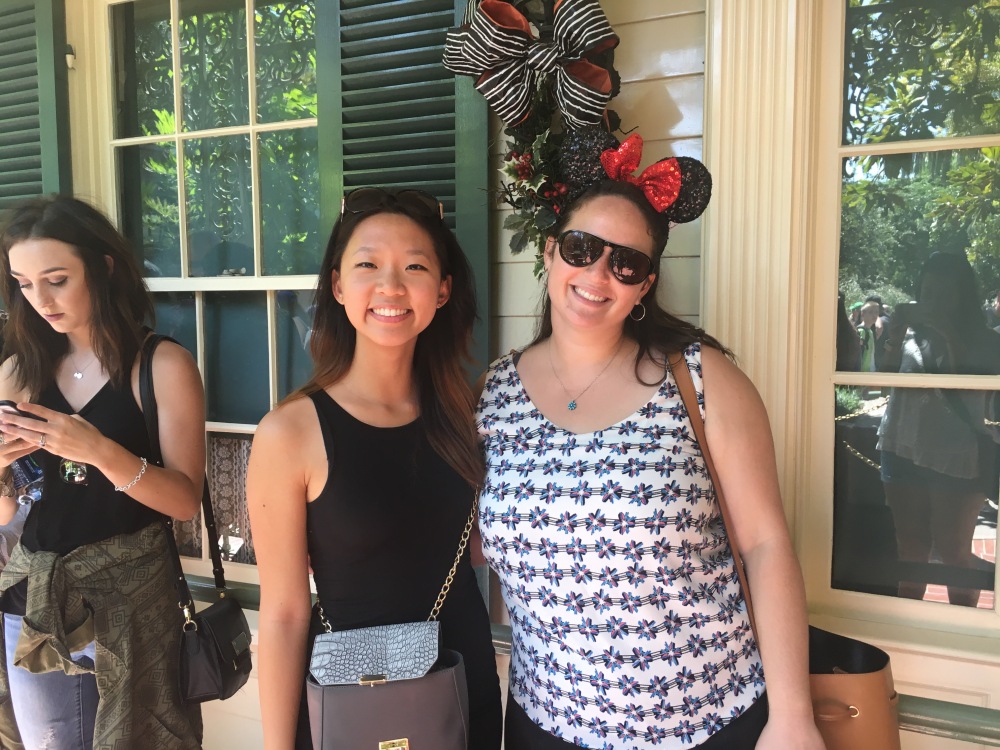 DISNEYLAND WAS MAGICAL! The weather was perfect, and since we went on a Friday, the lines were very short- the longest we had to wait for a ride was 30 minutes for the very beautiful Peter Pan Flight. We arrived as soon as the park opened since it was just across the street from our hotel, and spent a good 12 hours straight there. After finishing up almost all of the rides and eating a huge turkey leg, we went back to the hotel exhausted to watch the fireworks. 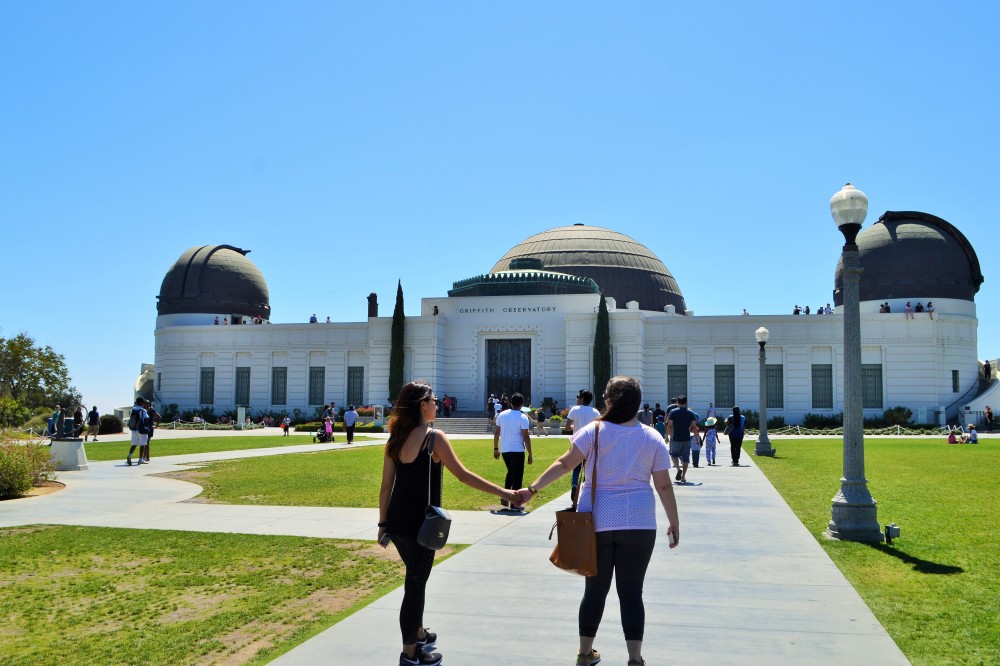 My last day was spent back in LA with MF and TX, where we returned back and went over to the Griffith Observatory. Originally we wanted to do the hike down to the Hollywood sign, but it was hot and we woke up late after a very long day at Disney, so we simply enjoyed the sights at Griffith – and it was totally worth it seeing the desert-like mountains! My last meal was spent in KTown eating some authentic KBBQ, and although it wasn’t all-you-can-eat, it was a delicious deal!

Overall, a great trip, far away from the daily grind of NYC. Many things were very cheap – most of the activities I did were free, and the only basic cost was transportation as it was very difficult to get around without a car. And, it didn’t hurt that I was able to spend part of it with some great friends whom I hadn’t seen in a while 🙂 Onwards to the rest of the west coast!

Transportation Cost: $100 for three days in LA (Disney not included, but including ride from LA to Anaheim)

Lodging: $130, including two nights in a hotel with breakfast and pool.